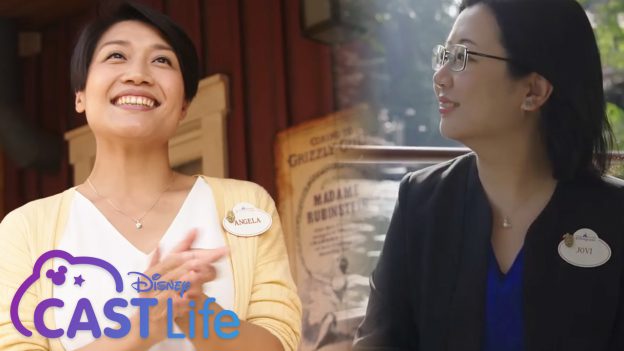 The Ultimate Princess Celebration is all about highlighting the princesses that have been a source of inspiration all around the globe. To celebrate the courage and kindness that Disney Princesses have shown throughout their stories, two cast members at Hong Kong Disneyland have shared their own similar dreams during World Princess Week.

Angela is a cast member that exhibits the Disney Princess trait of courage, as she pursues her dreams in performing arts through her role as an associate show director in entertainment and costuming.

“My dream is to keep on doing my favorite things.”

Angela describes herself as a lucky person because she can share happiness with others through performances. From being an actor and vocalist on stage, to becoming the associate show director, Angela bravely pursed her dreams, jumped out of her comfort zone, and learned more during her 10 years at Hong Kong Disneyland. She didn’t think she would change her role from “on stage” to “behind the scenes.” But new learnings come along with challenges in her role every day, which she thinks give her the chance to learn how to create from multiple angles and directions.

Jovi, senior manager and human resources business partner, wants to spread kindness just like a Disney Princess would: by sharing happiness with the community. Let’s take a look at how Jovi pursues her dream by spreading happiness through volunteering!

“My dream is to help more people realize their dreams!”

Jovi joined Hong Kong Disneyland the year when “it’s a small world” was launched. It’s her favorite attraction as it carries the spirit of international unity and diversity, and aligns with the essence of volunteering where people from different backgrounds help each other.

Angela and Jovi’s displays of courage and kindness are perfect ways to celebrate World Princess Week, and their pursuit of their dreams are the embodiment of what makes a true Disney Princess!