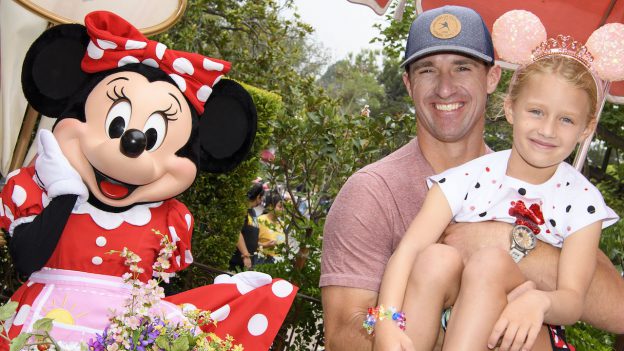 The family kicked off the celebration with “Minnie & Friends – Breakfast in the Park,” at The Plaza Inn restaurant on Main Street, U.S.A., just steps from Sleeping Beauty Castle.

Check out the video below to see how much fun they had and hear what Drew’s been up to during retirement.

Just over 10 years ago, Drew Brees led the New Orleans Saints to a Super Bowl victory over the Indianapolis Colts. After making several memorable plays against the Colts in the 31-17 Super Bowl XLIV win, Drew looked into the TV cameras and proclaimed “I’m going to Disney World!’’

He continued his successful streak over the next decade, retiring earlier this year as the most prolific passer in NFL history, throwing for a league-record 80,358 yards in 20 seasons. That’s pure magic!