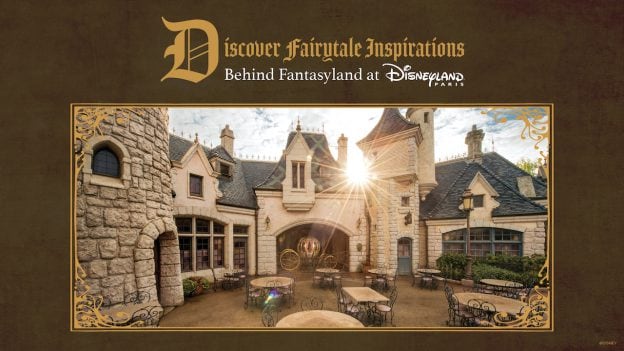 Once upon a time, there was a magical land where fairytales were brought to life – Fantasyland at our Disney Parks around the world. Today, we want to take you on a journey to Disneyland Paris, set in the heart of Europe, as we explore the birthplace of some of the tales and stories that inspired Walt Disney throughout his career.

Nestled behind Le Château de la Belle au Bois Dormant, Fantasyland embodies the tales and legends of our childhood, with stories from Charles Perrault, the Brothers Grimm, Carlo Collodi and Lewis Carroll – re-told through Walt Disney Animation Studios magic. A medieval kingdom made of several “districts,” Fantasyland represents different European countries that were the birthplaces of many fairytales that Walt Disney based his classics on.

Without leaving Fantasyland, you can visit France, Germany, Great Britain, Italy, and even catch a glimpse of the Netherlands. It’s not the Europe you will find in any tourist guidebook or map, but a fairytale version instead!

Take a private video tour dedicated to the cultural influences and artistic inspirations of Fantasyland, highlighting the architecture, history and local craftsmanship of Disneyland Paris.