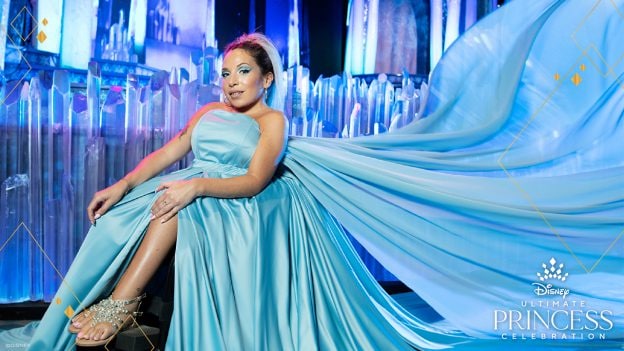 As part of the global Ultimate Princess Celebration, last month’s inaugural World Princess Week illuminated courage and kindness through a weeklong extravaganza filled with events, experiences, products and more. To join the fun, Disneyland Paris collaborated with influencers from across the region to embody the confidence and courage of Disney Princesses and “Frozen” queens and create a photoshoot capturing the essence of each hero through Disney bounding.

For those unfamiliar, Disney bounding pays homage to our favorite characters through an interpretive fashion lens, recreating iconic looks rather than modernizing who the character is or what they look like.

Disneyland Paris incorporated the mystique of a “flying dress” to produce the magical Disney bounding moment. Each participant was asked to choose the Disney Princess or “Frozen” queen they most identified with, in terms of qualities and values, and the Disneyland Paris team worked to create a scene and look that best exemplified the vision.

The women and men included in this photoshoot all express admirable strength and courage through their own platforms, whether it is not letting themselves be defined by a disability, overcoming personal obstacles, expressing self-love and body confidence, or being an ambassador of positivity.

Photographed: The other art of living (left); Gioia Parijs (right)

The timeless characters demonstrate the multiple and diverse ways to be a Disney Princess and this photoshoot showcases how people of all backgrounds can experience the magic of these characters.