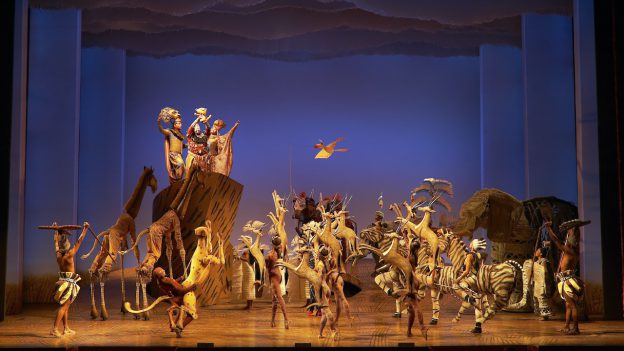 After an unprecedented 18-month shutdown, the award-winning Disney musical “The Lion King” is returning to Broadway and you can be part of the magical grand re-opening night festivities by tuning in to a first-of-its-kind @disneyonbroadway TikTok event LIVE from the Minskoff Theatre.

Join us on Tuesday at 7 p.m. ET/4 p.m. PT on the Disney on Broadway TikTok account, @disneyonbroadway, for an unforgettable LIVE performance of the iconic opening number “Circle of Life” in celebration of the hit show’s return to the stage! The live stream will include a special pre-show hosted by Broadway cast member Adrienne Walker (Nala) and an exclusive behind-the-scenes look at the people who bring “The Lion King” to life on a daily basis.

It is time. Join us on September 14th for a special live stream of our first performance! 🦁 ##thelionkingbroadway

The @disneyonbroadway TikTok LIVE event is in support of The Actors Fund, which has provided more than $22.6 million in direct financial assistance to more than 16,600 people since the beginning of the Broadway shutdown.

Mark your calendar and tune in on Tuesday for this special LIVE celebration of the grand reopening night performance of “The Lion King” on @disneyonbroardway TikTok at 7:00 p.m. ET/4 p.m. PT.  And while we wait for the big night – here are some of our other favorite Disney on Broadway memories at Disney Parks: