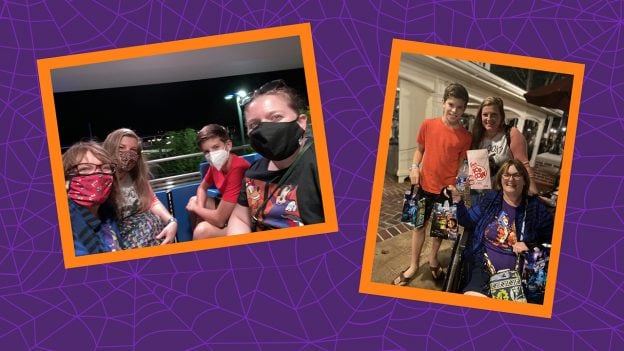 From Mickey Mouse and Cinderella-themed pumpkins lining Main Street, U.S.A to the “boo-tiful” merchandise and food & beverage offerings, there is no place I’d rather spend Halloween than at Walt Disney World Resort. And, in honor of The World’s Most Magical Celebration, Magic Backstage, a cast member-exclusive sweepstakes program, had a festive EARidescent Moment waiting for a lucky winner.

Last week, I had the privilege of meeting Cindy, a Guest Experience Manager at Disney’s Hollywood Studios, who won a one-night stay at Disney’s Animal Kingdom Lodge and tickets to Magic Kingdom Park’s Disney After Hours Boo Bash event. This sounds like a sweet prize already, but there was one additional treat: she was able to take her family and friends along for the adventure.

“Being a Magic Backstage winner during the 50th Anniversary is so exciting,” Cindy said. “We’re here to celebrate Walt Disney World, and this is a great way for cast members to participate in all of the fun – like going to Boo Bash!”

And, between the bewitching Halloween cavalcades, ghoulish character sightings and stops for sweet treats, Cindy and her family had no shortage of fun. Want to know what it’s like to be a Magic Backstage winner? Watch Cindy’s story below!