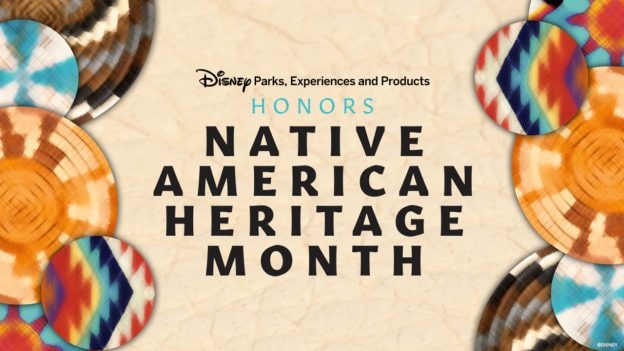 Dawn began her Disney journey in 1993 with The Disney Store home base team and has made many stops along the way, including Walt Disney Imagineering and Disney Parks, Experiences and Products. Dawn has acted as a cultural advisor for projects across the company, such as the brand-new Tenaya Stone Spa at Disney’s Grand Californian Hotel & Spa at Disneyland Resort. As she’s grown her career at Disney and actively advocated for more inclusive stories, products, and experiences, Dawn recognized the need for a BERG for Native American and Indigenous cast members and their allies – where all can learn about tribal teachings, explore their own identities, and come together to process the headlines of the day.

At Disney, each BERG is comprised of cast members from across the company who have a passion to create and support a place where we all belong, no matter our backgrounds, experiences, or identities. At the core of each BERG is a specific dimension of diversity and these groups are open to everyone, whether you identify as part of that community, you are an ally or you want to learn more and grow in your diversity journey. Dawn believes that belonging to a BERG can be a “source of empowerment and a place to belong,” and wanted to create a space that could offer this opportunity to Native American cast members.

While the creation of the BERG was years in the making, NAATV was officially recognized as a BERG in 2020 and is now celebrating its first anniversary. As she reflects on NAATV’s first year, Dawn is most proud of how the group has incorporated tribal teachings and shared these practices with cast across the company in monthly Talking Circles. Talking Circles are a traditional practice in many Indigenous tribes and for Disney cast members, they are a place to listen, learn, and share.

“The circle represents a shape in which all sides are equal,” Dawn said, which is reflected in the honest and important conversations about identity and belonging that have been sparked by these events. “There have even been tears shed during these Talking Circles as we connect deeper to these elements,” Dawn shared, as many cast members connect with their own Native heritage.

Each Talking Circle starts with a deep breath and land acknowledgement, and discusses themes that are relevant to the experience of Native Americans and their allies. This year, the Talking Circles have focused on the Native American perspective about balance and helped cast learn about the four quadrants of wellness recognized by many tribes: physical, emotional, spiritual, and social.

Dawn emphasized that everyone is welcome at NAATV and celebrated that allyship has been an important part of the founding and growth of the BERG. “Before NAATV, a lot of cast members didn’t have a place that felt like their own. Allies have been key in making this possible for the Native community, and our name (Native Americans & Allies Together with Vision) reflects that,” Dawn shared. She credited allies from across the company for adding their voices in support of their Native colleagues and helping create space for conversations about the experience of Native American and Indigenous cast members.

For Dawn, inclusion means cultivating a place where everyone is welcome, and she has been proud to help create that in NAATV.

Stay tuned to the Disney Parks Blog as we celebrate Native American Heritage Month and be sure to follow along on Disney Parks social media as we continue to bring you stories from our cast members.