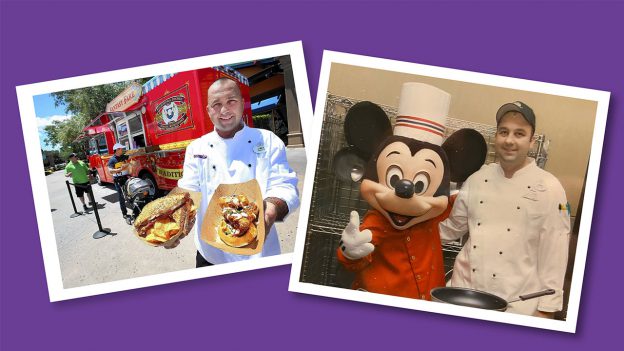 At Walt Disney World, our culinary team has perfected the recipe for dreaming up all our tasty treats: a dash of creativity, a pinch of passion and a generous helping of magic. This secret formula has touched the hearts of both our Disney culinarians as well as aspiring chefs in the Orlando community, and it will continue to flourish as long as there are curious minds in the kitchen. With dozens of dining locations spread throughout the resort, Walt Disney World chefs have the opportunity to learn from each other and cook dishes from all different cultures. And Chef James Kleinschmidt is a testament to this fact.

A chef at Walt Disney World for nearly 25 years, James began his culinary journey as a cook at Cinderella’s Royal Table in Magic Kingdom Park during the resort’s 25th Anniversary. And today, as we celebrate 50 years of magic, James is now a Chef de Cuisine at the Flavor Lab, where he helps develop all the delicious dishes found all over Walt Disney World. His curiosity and passion for food helped him grow personally and professionally, but his biggest culinary inspiration lies in his fellow cast members.

“Working at Walt Disney World makes you feel like you have a family away from home,” James explained. “There are chefs here of all different ethnicities and cultures, and we bond over our love for food. I love learning to cook dishes from different areas of the world because I see how food is a big part of all our lives.” Want to learn more about Chef James? Watch his story below: