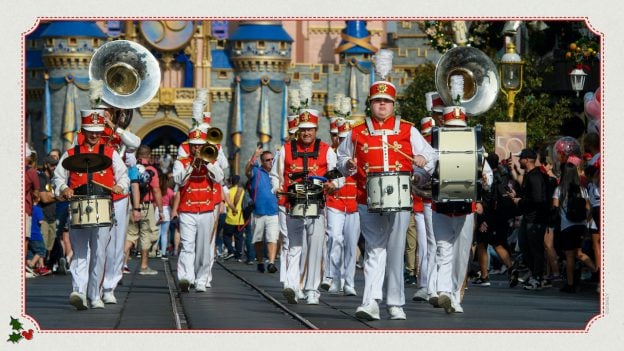 If you tuned in to the Disney Parks Magical Christmas Day Parade, chances are you won’t forget the remarkable story of a music-loving teen with Autism who experienced the dream opportunity of leading the Main Street Philharmonic down Main Street U.S.A., at Magic Kingdom Park.

Luke, who felt right at home with Disney parade performers, has an unending passion for marching bands that began shortly after being diagnosed with Autism as a toddler.  Over the years, his love of music and bands has continued to grow – even leading to the creation of his very own neighborhood marching ensemble with friends and family!

Along with an ear for music, Luke has also developed a special knack for inspiring people and making others happy. Disney recently surprised this extraordinary teen with the invite to join the parade and enjoy the 50th anniversary celebration of Walt Disney World. Here’s a heartwarming look at the visit:

Luke and his family say their Disney Parks visit was a memory of a lifetime filled with amazing experiences.

And if you ask others who met Luke during his visit, you’ll also learn that the teen represents much of what’s good in the world!  Luke remembers every person’s name he meets, picks flowers for friends, family, and friendly strangers who cross his path – and we’re proud to share his story with all of you.

You can still see Luke’s appearance and enjoy all of the excitement from the Disney Parks Magical Christmas Day Parade on Hulu – airing now until Dec. 31, 2021.