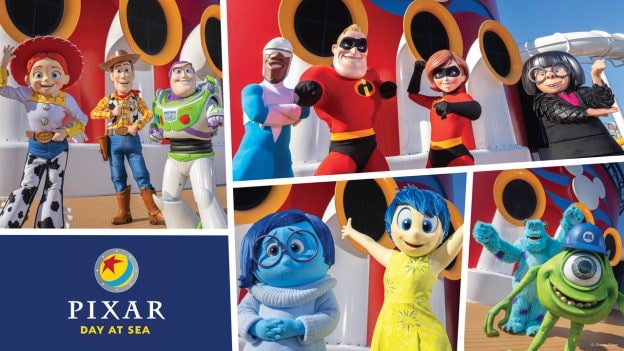 You’ve got a friend in… Disney Cruise Line!

By now, you’ve already heard about the great destinations Disney Cruise Line will sail to in early 2023, but we are adding yet another reason to trade in your winter blues for the crystal blue waters of the Caribbean – Pixar Day at Sea!

You heard it here first! Beginning next January, select seven-night sailings on the Disney Fantasy will include a day-long celebration dedicated to the beloved tales of Pixar. Have you ever wanted to dine, play, dance, sing and swim with your favorite Pixar pals? Now’s your chance, and this opportunity is exclusive to Disney Cruise Line guests!

In addition to a Pixar film festival, exclusive merchandise and photo opportunities, Pixar Day at Sea will include a variety of one-of-a-kind experiences, including:

Get a sneak peek on the Disney Parks TikTok!

To Castaway Cay – and beyond!

I don’t know about you, but I can’t wait to be immersed in the ever-unfolding stories of my favorite toys, monsters and heroes during the all-new Pixar Day at Sea. Keep an eye out on the Disney Parks Blog for more information soon about this special Disney Cruise Line event!