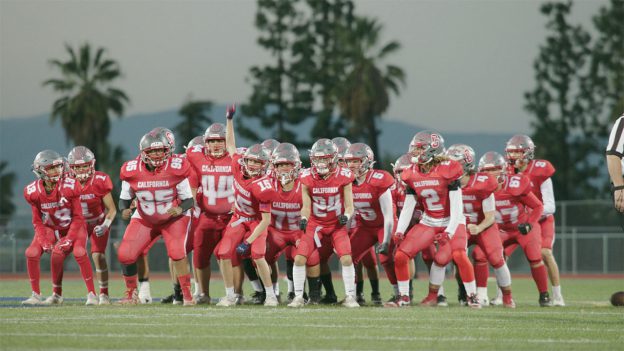 If you were watching the Super Bowl the other night, you may have seen some members of the California School for the Deaf Riverside football team during the coin toss, or a clip of ESPN’s video highlighting their trip to the high school championship. From watching the video, it’s clear that the Riverside team has incredible passion both on and off the field. And, that passion extends to the many who worked on the story behind-the-scenes, particularly Mark Jones – Manager of accessibility & services for guests with disabilities at Walt Disney World Resort.

The only hearing child in his family of four, Mark was able to sign before he could speak. Growing up in Connecticut, he helped translate for his parents and brother and was an active part of the New England Deaf community. His fondness for Disney began at a young age when he visited Walt Disney World with his family each summer, and he is now about to celebrate his 25th anniversary as a cast member. In his current role, Mark merges his love for the Disney Parks with his passion for disability awareness. He and his team ensure that everyone, regardless of their disability, can enjoy Walt Disney World Resort just as much as he and his family did every summer growing up.

And, recently, Mark expanded his lifelong passion by helping ESPN share the California School for the Deaf’s story in “A Quiet Field.” Working closely with interpreters from the Riverside school, Mark assisted in the process of translating and captioning the American Sign Language (ASL) used throughout the video.

“I hope viewers leave with a better understanding of ASL, the Deaf community, the power of sportsmanship and that people with disabilities are able to achieve and succeed in anything they choose to do,” Mark explained.

With an overarching message of looking at an individual based on one’s talents and not one’s disability, this story is a proud reminder to recognize and appreciate human diversity in its many facets. Watch “A Quiet Field” below and see Mark’s captioning come to life: