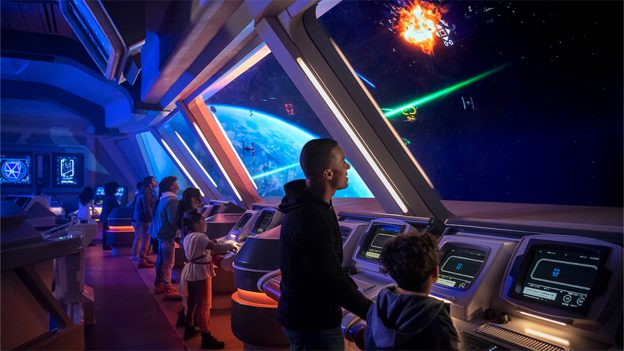 I’ve been reading Star Wars novels and comics since I was a kid, because I love how they take me deeper into this universe I first saw in movies and later in TV series. What I’ve always appreciated about Star Wars is how it’s really one big story – everything fits together in an extended narrative that literally spans thousands of years.

That story can take many forms … including immersive Disney experiences. We saw this with Star Wars: Galaxy’s Edge when it debuted in 2019 and brought us into the conflict between the Resistance and the First Order right after the events of Star Wars: The Last Jedi. And now we’re going to learn even more of that story when Star Wars: Galactic Starcruiser debuts March 1 here at Walt Disney World Resort.

Walt Disney Imagineering developed Star Wars: Galaxy’s Edge and Star Wars: Galactic Starcruiser at the same time, intending for them to complement not only each other, but the broader place in Star Wars history in which they’re set. Collaborating with Lucasfilm, they created the Halcyon starcruiser, our setting for this new two-night immersive adventure that takes us deeper into the tales of that galaxy far, far away. Here to tell you more about the ship and its story are Imagineer Travis Finstein and Matt Martin from Lucasfilm Franchise Content & Strategy.

You can learn even more about what this experience is all about at starwarsgalacticstarcruiser.com, and be sure to keep checking back with us at the Disney Parks Blog as we get ready to launch to a galaxy far, far away on March 1.