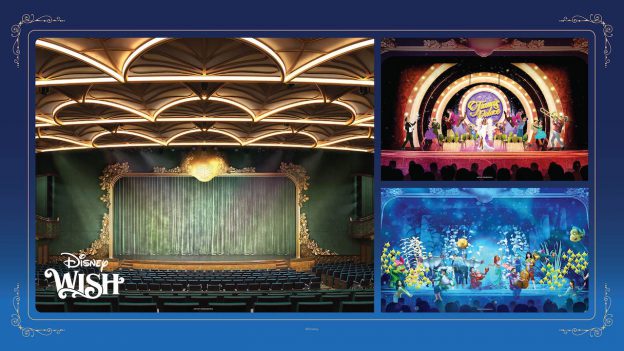 A hallmark of any Disney Cruise Line vacation is the unparalleled roster of Broadway-style spectaculars performed in the Walt Disney Theatre. Our guests love the opportunity to see Disney stories and characters brought to life on stage in new ways, such as the award-winning “Beauty and the Beast” show aboard the Disney Dream and — my personal favorite — “Tangled: The Musical” on the Disney Magic.

In fact, for many of our younger guests, a Disney cruise offers their first theater experience ever, creating an indelible memory for themselves and their families. So it’s no surprise that our newest ship, the Disney Wish, will carry on this beloved tradition with the premiere of two brand-new stage shows: “Disney The Little Mermaid” and “Disney Seas the Adventure.”

In the next video of our “Designing the Disney Wish” series, a talented team of Walt Disney Imagineers and Disney entertainment extraordinaries take you “behind the curtain” of the Walt Disney Theatre, featuring never-before-seen concept art and footage from the development process.

We’re just four months away from the debut of our newest ship! To learn more about the Disney Wish, check out the other videos in this series: