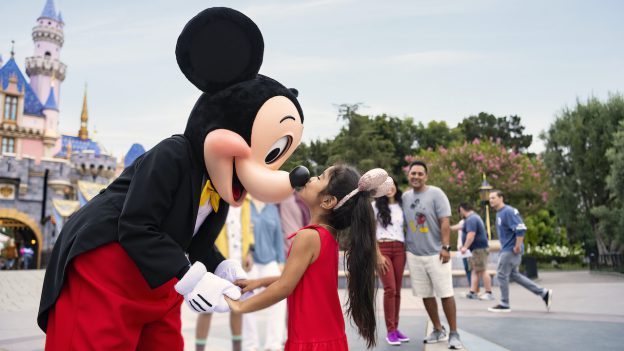 It’s been so great to see live entertainment returning to our theme parks, resorts, and cruise ships, and today, I’m thrilled to tell you about another quintessential Disney entertainment experience that’s on the way back. As early as April 18, we will start reintroducing traditional character greetings at Disneyland and Walt Disney World Resorts, as well as aboard Disney Cruise Line. That’s right! Very soon, you will once again be able to hug Mickey Mouse, get an autograph from Mulan, and share a laugh with Goofy. We know many of you have missed these special moments, and your Disney character friends have missed you, too!

During the past two years, we’ve taken a very gradual, intentional approach to health and safety protocols. Recent trends and guidance have provided opportunities for us to bring back some of our most beloved magic, like character greetings and dining experiences. While not all locations will be available immediately, we anticipate reopening in phases throughout the spring and early summer.

This exciting milestone continues the recent, powerful momentum of returning entertainment across the Disney parks and resorts. As part of the 50th Anniversary celebration at Walt Disney World, we’ve welcomed back shows such as “Mickey’s Magical Friendship Faire” and “Indiana Jones Epic Stunt Spectacular,” along with the Disney “Festival of Fantasy” Parade and new experiences like “Disney Adventure Friends Cavalcade.” This spring, Disneyland will see the return of several beloved nighttime spectaculars, including “World of Color,” “Disneyland Forever,” “Fantasmic!” and “Main Street Electrical Parade,” celebrating its own 50th anniversary. And aboard Disney Cruise Line, we’re once again delighting guests with fireworks at sea and magnificent, Broadway-style shows on every ship.

So, with character greetings coming back this spring, who’s at the top of your “must meet” list for your next Disney vacation?