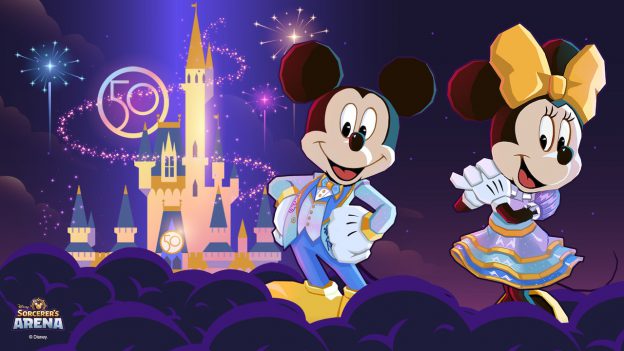 Take the magical experience of Walt Disney World 50th Anniversary celebration on the go anywhere with the popular Disney and Pixar mobile game Disney Sorcerer’s Arena! Enter the competitive world of the Sorcerer where every choice you make determines your legacy. Collect a wide range of Disney and Pixar characters to help your teams win in the Arena!

Disney Sorcerer’s Arena is available worldwide and can be downloaded for free on the App Store or Google Play and contains in-app purchases. New characters, spells, and events are added all the time, so enter the Arena and unleash your ultimate team today!