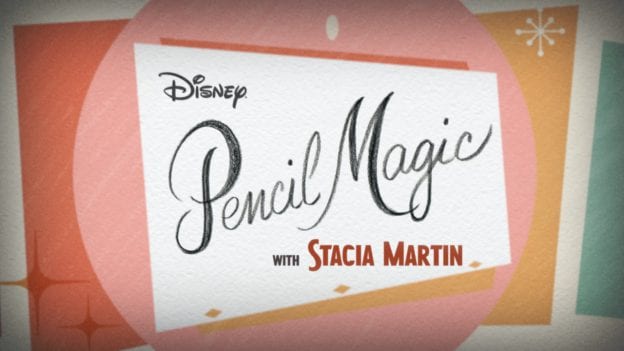 Most special occasions mark the happy events of “real life”: birthdays, engagements, graduations or, in the case of The World’s Most Magical Celebration, 50 years of Walt Disney World. March 13th, though, brings the unusual opportunity to commemorate a happy event from “reel life,” instead!

Only the fourth fully-animated Disney feature film, like its namesake star “DUMBO” is a small but mighty wonder. The picture runs a mere 64 minutes, but every second is packed with personality and pathos.

As with Pluto and Dopey before him, little Dumbo does not speak, but the emotions he conveys with his big blue eyes are as eloquent as a Shakespeare sonnet. Much of the animation of this silent star is the work of Disney Legend Vladimir “Bill” Tytla, whose masterful ability to conjure both power and delicacy through line was much admired by his fellow artists. To say Tytla was versatile would be an understatement; as proof, one has only to compare his work on the monstrous, magnificent Chernabog in “Night on Bald Mountain” (“FANTASIA,” 1940) to the irresistible charm of Dumbo’s merry bath time fun.

Perhaps Bill Tytla’s most memorable “DUMBO” sequence is the heartbreaking visit to Mrs. Jumbo, the lonely elephant’s wrongly jailed mother. Accompanied by the Oscar-nominated song “Baby Mine,” love and loss had never before been represented in animation with such wrenching sincerity.

Dumbo’s early hardships make his ultimate success all the sweeter, and that “reel world” headline of March 13th, 1941 was a foreshadowing of the film’s popularity to follow when it was released to the “real world” on October 23rd of that year. Dumbo was even slated to be on the cover of “Time” magazine (though he was by necessity displaced by world events).

The plucky pachyderm’s popularity has done nothing but grow through the years. Dumbo appeared in the famous opening to “Walt Disney’s Mickey Mouse Club” (1955), as the “puppetronic” star of his own Disney Channel series, “Dumbo’s Circus” (1985), and in the innovative detective fantasy “Who Framed Roger Rabbit” (1988). In 2019, director Tim Burton introduced Dumbo’s three-dimensional doppelganger in a live-action expansion of the original tale.

A favorite attraction since the first Disneyland “take off” in 1955, a “real life” aerial experience aboard “Dumbo the Flying Elephant” can now be enjoyed at six Disney Parks around the world. A special spotlight, though, has shone on Dumbo’s relationship with Florida … especially since based on 1941 evidence, that seems to be his “reel world” home state! In the original film, Mr. Stork delivers Mrs. Jumbo’s bundle of joy as the circus train leaves its winter quarters in Florida, a fact which is very clearly shown on the landscape’s well lettered, map-like terrain.

Dumbo also made his Audio-Animatronics debut in Florida at “The Most Magical Place on Earth.” He played the tuba in the orchestra of “The Mickey Mouse Revue,” an opening day attraction in Walt Disney World’s Magic Kingdom Park. Although that show has since flown away, Dumbo (accompanied by his friend and agent Timothy Mouse) has a new claim to Floridian fame as one of the golden “Disney Fab 50 Character Collection” sculptures (#DisneyWorld50). Positioned on the east side of the central Plaza Hub, he has an enviable location: Cinderella Castle is to Dumbo’s right, and the entryway to Tomorrowland to his left. What better place for a character whose “reel” flights of fantasy still delight us today … and will continue to do so into our “real” tomorrows, reminding us that anything is, indeed, possible!