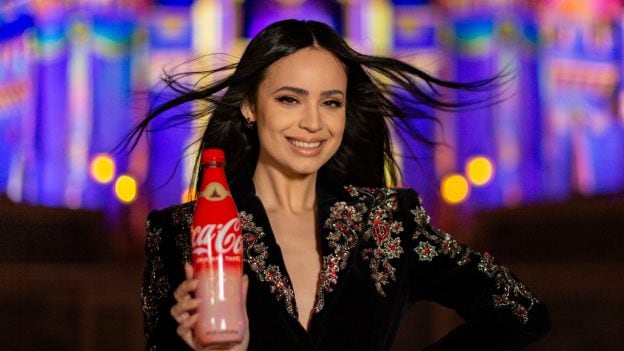 To celebrate the 50-year collaboration between Walt Disney World Resort and Coca-Cola, five unique co-branded collectible bottles are available exclusively at the resort during the 50th Anniversary Celebration starting today. Sold at locations throughout each of the four Walt Disney World theme parks, there are four different bottles featuring each of the 4 park icons with their own unique EARisdescent color on the labels, plus a fifth bottle with a special gold label. The bottles are shaped just like the bottles that were sold at Walt Disney World when it opened in 1971!

Over the past 66 years, the relationship between Coca-Cola and Disney Parks has grown around the world to include everything from hosted locations to groundbreaking products that elevate the guest experience. We’re so excited to be adding to this legacy and to the magic of The World’s Most Magical Celebration with these commemorative bottles!