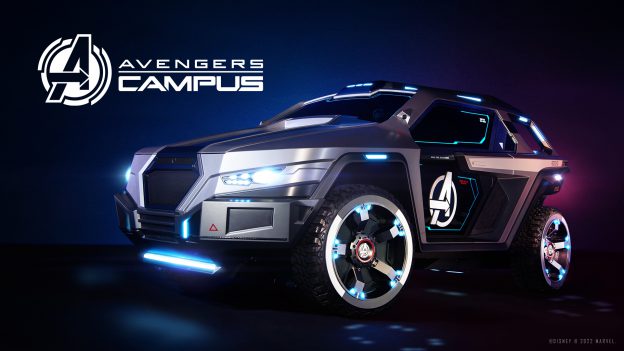 Today, I am very excited to unveil a new addition to Avengers Campus in Paris, just months after the arrival of the Quinjet, the Avengers’ signature aircraft — the Avengers Deployment Vehicle, also known as the ADV!

Stark Industries has always sought to make the impossible possible, and today, CEO Tony Stark took a new leap forward by introducing this new high-tech revolution. Stark Industries’ mission statement is to bring to life innovations that exist only in our wildest dreams, to identify, recruit and train the next generation of Super Heroes.

The Avengers Deployment Vehicle will deploy Super Heroes to various key locations throughout Avengers Campus, so they can meet new recruits and jump straight into action!

Here are 6 facts you need to know about the Avengers Deployment Vehicle:

Who’s excited to see the ADV in-person? Be sure to come and hear its motors hum this summer at Avengers Campus in Paris!