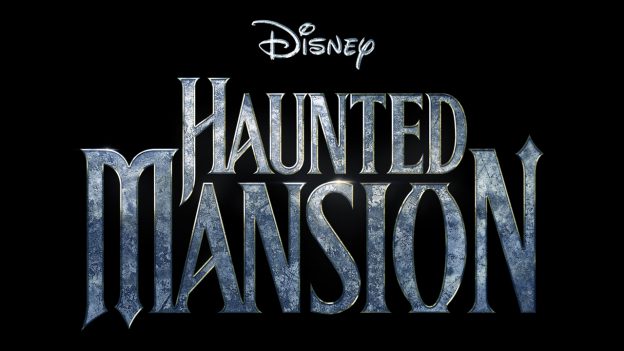 Happy Haunts have received your sympathetic vibrations, and in celebration of this year’s Halfway to Halloween, they have materialized….the official logo for the new ‘Haunted Mansion’ film.

In this mysterious adventure, a doctor (Dawson) and her 9-year-old son (Dillon), looking to start a new life, move into a strangely affordable mansion in New Orleans, only to discover that the place is much more than they bargained for. Desperate for help, they contact a priest (Wilson), who, in turn, enlists the aid of a widowed scientist-turned failed-paranormal expert (Stanfield), a French Quarter psychic (Haddish) and a crotchety historian (DeVito).

Haunted Mansion will be released in theaters March 10, 2023.