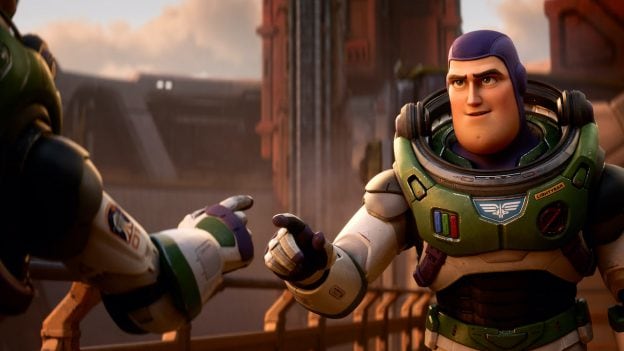 Prepare to launch to infinity … and beyond! Beginning this Friday, May 20th, guests visiting Disney’s Hollywood Studios at Walt Disney World Resort can get an early look at scenes from Disney and Pixar’s newest sci-fi adventure, “Lightyear” at the Walt Disney Presents attraction. Sneak peeks of the film will also be coming soon to Disneyland Paris and Disney Cruise Line.

A sci-fi action adventure and the definitive origin story of Buzz Lightyear, the hero who inspired the toy, “Lightyear” follows the legendary Space Ranger on an intergalactic adventure alongside a group of ambitious recruits and his robot companion Sox.

Enjoy this special announcement from none other than Chris Evans who will be lending his voice to everyone’s favorite Space Ranger: Buzz Lightyear!

Be sure to check out Disney and Pixar’s “Lightyear” when it releases in theaters June 17, 2022.