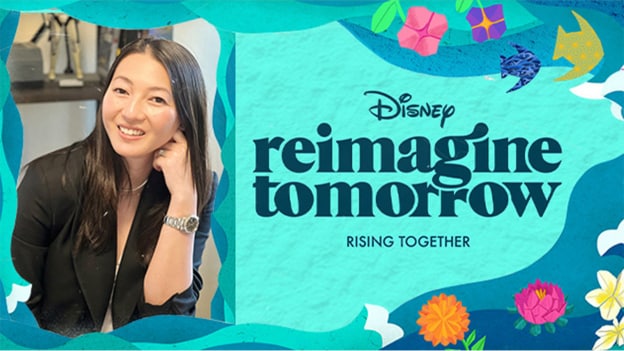 Bring the Force to Your Wardrobe with Lucasfilm’s Celina Chu

In celebration of Asian American Native Hawaiian Pacific Islander (AANHPI) Heritage Month, Disney Consumer Products, Games and Publishing is excited to shine a light on some of our brilliant team members and their achievements, including senior product design manager, Celina Chu and her career journey that led her to the Lucasfilm product development team.

Celina develops Star Wars accessories and footwear in collaboration with several well-known brands, such as Adidas, Pandora, and Herschel. “It’s really about creating product lines that are exciting and tell the story of the franchise,” she explained. Most recently, she worked on a collaboration with Girls Crew Jewelry, a company that was founded by Korean American Jina Chang. But her favorite project to work on was Lucasfilm’s partnership with A Bathing Ape in Japan.

The collection was inspired by Star Wars: The Rise of Skywalker, and Celina not only developed the line, but took part in the marketing campaign for the products, which featured classic characters such as Darth Vader, Chewbacca and Jabba the Hutt. “I played a part in the marketing campaign and then we actually invited Bathing Ape to come and do a photoshoot at the Lucasfilm headquarters. I was also able to art direct, which is not something we get to do with every collaboration, so that one was very cool!”

Celina, a second-generation Chinese American, comes from a very traditional household. When pursuing her passion in a creative field, her parents initially disagreed with her choice to work in design. Nevertheless, Celina ultimately received a degree in fashion and upon graduation, moved to New York City where she accepted a role as a network designer at Opening Ceremony*, an Asian-founded and owned company. The job challenged her creatively and allowed her to develop her own aesthetic as a designer while growing her portfolio.

A few years into her career, Celina tuned in to a podcast with the founder of Her Universe, Ashley Eckstein, who was discussing how she found inspiration while designing her Star Wars collection. As an avid Star Wars fan, that interview piqued Celina’s interest in the industry and opened the door to all the design opportunities offered at Lucasfilm.

As fate would have it, Disney reached out to Celina soon after about a role on the product design team. At her first interview at Lucasfilm, she sat in a waiting room lined floor-to-ceiling with Star Wars products; from toys to clothing to accessories, she was floating in a sea of Star Wars merchandise. “I remember telling myself that day, I’m not leaving here without a job.” She has now been with the company for eight years.

Today, she is happy to report that after seeing her many achievements, her parents are very proud. “[It’s] kind of cool that I was able to change their minds.”

On her off days, you might find Celina reading Catcher in the Rye on a beach in Kauai, or making fresh, homemade pasta ahead of a night-in watching “Alice in Wonderland.”

*Disney collaborated with Opening Ceremony for an apparel collection in 2018