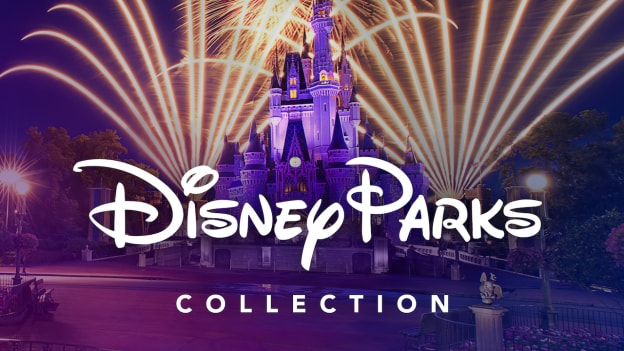 What’s one of the highlights of being a Disney+, Hulu, and ESPN+ subscriber? You get to celebrate national streaming day – everyday! Not just on May 20th like everyone else… and if you’re like me, you find yourself binge-watching exciting shows weekly, or reliving your favorite classic Disney films, mine personally being “Aladdin.”

But more often than not, I find myself getting lost in a personal favorite collection on Disney+, the “Disney Parks Collection.” This collection helps me relive my favorite Disney Park memories right from the living room while surrounded by loved ones!

Whether you’re “young” or “young at heart,” the Disney Parks Collection offers you exciting episodic series, thrilling cinematic adventures, and fun-filled ways to keep up with Disney Parks. I wanted to share some of my personal favorite Disney Park Collection titles for you to watch on national streaming day!

Since Disney+ launched in 2019, one of my favorite series to watch over and over again is “The Imagineering Story.” Journey behind the curtains of Walt Disney Imagineering to discover what it takes to create, design, and build twelve Disney theme parks around the world! Or get lost in backstage stories in the comical show “Behind the Attraction,” produced by Dwayne Johnson. Then let’s not forget “Magic of Disney’s Animal Kingdom,” narrated by Disney fan-favorite, Josh Gad.

What better way to relive Disney Park memories than joining Captain Jack Sparrow on his swashbuckling adventures? Or hearing the iconic Jungle Cruise skipper jokes from skipper Frank Wolff? From “Pirates of the Caribbean” to “Jungle Cruise,” many of your favorite Disney attractions have been turned into cinematic adventures. My personal favorite (the movie I saw 8 times in movie theaters) is “Saving Mr. Banks,” the heartwarming and untold story behind Walt Disney’s 20-year effort to bring “Mary Poppins” to life.

Keeping Up With Disney Parks

In my opinion, the best way to keep up with Disney Parks is through informative and entertaining series on Disney+, such as “Disney Insider.” This series peels back the curtain of The Walt Disney Company as a whole, but more often than not takes viewers behind the theme parks and other Disney destinations across the globe. If you’re a Disney history nerd like me, you can keep up with Disney Parks from the past! Take a front row seat for “The Pre-Opening Report from Disneyland” as Walt Disney himself provides a look at the details needed to get Disneyland ready to open.

The national streaming day celebration continues over to Hulu and ESPN+. Ever since “Boy Meets World” went to EPCOT, I’m always excited to see my favorite sitcom characters visit the parks! From “Black-ish” to “The Goldbergs,” you can find comical adventures that might match your family’s Disney Parks experience. My all-time favorite is the “Modern Family” episode at Disneyland Park. I always laugh when Jay buys Gloria the famous Minnie Mouse slippers because her shoes hurt… take notes guys!

I know I’ve talked a lot… and now it’s your turn! Let us know what your favorite titles are in the Disney Parks Collection on Disney+, or favorite show episodes at Disney Parks on Hulu or ESPN+. Leave a comment below to show other readers what you’ll be binge-watching this national streaming day!