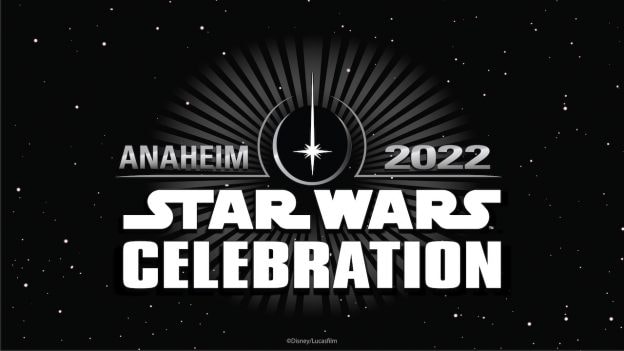 The Force is strong this week in Anaheim, CA, as Star Wars fans from around the world come together for the biggest Star Wars event in the galaxy: Star Wars Celebration. Taking place May 26-29 at the Anaheim Convention Center, Star Wars Celebration features major announcements, exhibits, exclusive merchandise, celebrity guests, panels and so much more to celebrate the cultural phenomenon that is Star Wars. And with Disneyland After Dark: Star Wars Nite also happening just down the street at Disneyland park on Friday night, Anaheim is the place to be this week for Star Wars fans of all ages.

Disney Parks, Experiences and Products brings the world of Star Wars to life for fans across the globe, and this week at Star Wars Celebration, guests will find a variety of ways to celebrate their favorite Star Wars experiences. If you plan to visit the event, stop by the Star Wars: Galactic Starcruiser exhibit to learn more about the immersive two-night adventure at Walt Disney World Resort. If you’re a collector, don’t miss the brand-new merchandise being released just in time for the celebration. Whether you claim the light side or dark side of the Force, there’s something going on at Star Wars Celebration that’s sure to excite the midi-chlorians within you.

Check out the list below for some of the exciting panels coming up at Star Wars Celebration.

From adult novels to kids comics, from the time of the High Republic to the rise of the First Order, this is the place to dive deeper into the stories from a galaxy far, far away. Featuring details on new and upcoming titles from Disney Lucasfilm Press, Del Rey, Dark Horse and more, this panel includes announcements and reveals from a galaxy far, far away! Moderated by Lucasfilm’s Michael Siglain.

The things we collect and bring into our lives really do show our affinity for the story we love. Come celebrate with us and find out what’s happening first-hand with your favorite Star Wars collectibles. We’ll chat about prop replicas, statues and more, probably with a surprise or two along the way.

Centuries before the Skywalker saga there was The High Republic! Join moderator and “Star Wars: The High Republic Show” host Krystina Arielle, along with luminous authors Claudia Gray, Justina Ireland, Daniel José Older, Cavan Scott and Charles Soule and Lucasfilm’s James Waugh and Michael Siglain, for an in-depth conversation about the golden age of the Jedi. It will include announcements and reveals from Phase II: “Quest of the Jedi”!

Join the LEGO Group and Lucasfilm as we celebrate the Summer of LEGO Star Wars. Panelists from across Consumer Products, Games and Animation will highlight all the ways fans can enjoy and interact with Star Wars from the unique LEGO lens. Dive into the expansive galaxy within the newly released LEGO “Star Wars: The Skywalker Saga” video game, discover brand-new construction sets that are sure to keep you busy this year and learn about even more ways to get your LEGO Star Wars fix this summer.

Explore the world of non-fiction, novelty and behind-the-scenes books for fans of every age. This panel will feature details on exciting new and upcoming titles from Abrams, DK, Insight Editions and more and other announcements and reveals from a galaxy far, far away!

Discover a galaxy of merchandise celebrating all things Star Wars. Be among the first to get a sneak peek into what new exclusives will be coming from Disney & Lucasfilm. Get an inside look at how the merchandise of Star Wars: Galaxy’s Edge was created with insights from the Lucasfilm Brand Merchandising & Product Design Team.

Join members of the Hasbro & Lucasfilm team as they discuss the popular Hasbro Star Wars line, including the Black Series and The Vintage Collection. Attendees will get an in-depth look at Hasbro’s latest action figure and premium roleplay offerings from throughout the saga. Word on the Holonet is there may also be a few surprises. May the Force be with you!

Go Beyond the Spires in Virtual Reality: Making of ILMxLAB’s Tales from the Galaxy’s Edge
3:30 – 4:30 p.m., Galaxy Stage

Take a look behind the curtains with the creators of Star Wars: Tales from the Galaxy’s Edge, the virtual reality experience that transports you to the outskirts of Black Spire Outpost while letting you visit Seezelslak’s Cantina and explore the wilds of Batuu.

From a Galaxy Far, Far Away to a Disney Park Near You
4 – 5 p.m., Celebration Stage

Lightspeed to Endor! Join D23: The Official Disney Fan Club as we celebrate Disney’s original Star Wars attraction – Star Tours! From the misadventures of Captain Rex (RX-24) to the unexpected new destinations of today, we trace the 35-year journey of this iconic and innovative ride with some of the talented Imagineers and filmmakers who have brought the Star Wars universe to life in Disney Parks!

The best place to experience the spellbinding stories and colossal conflicts of the Star Wars galaxy is your nearest table! Join three of Asmodee’s tabletop gaming studios (Atomic Mass Games, Fantasy Flight Games and Z-Man Games) as they explore the process of making Star Wars games, reveal behind-the-scenes secrets and provide a glimpse of upcoming releases. Bring a bag…you may even leave with a few games of your own! Moderated by Asmodee’s Justin Bolger.

Get the inside scoop on how Star Wars audiobook originals—including “Doctor Aphra” and “Tempest Runner” (The High Republic)—are brought to life, from conception to recording. Moderated by PRH Audio executive producer Nick Martorelli.

On the planet of Vespaara, the galaxy’s greatest fighters assemble in the Arena to compete for glory and credits.“Star Wars: Hunters” will introduce a unique original cast of characters, facing off in thrilling 4v4 arena combat. Join the Zynga and the Lucasfilm teams to learn about how this spectacle will come to life, hear developer insights and see behind-the-scenes glimpses at upcoming content.

Make mine Star Wars, and make mine Marvel! Join Marvel editor-in-chief C.B. Cebulski and some of Marvel’s top talent for a comics conversation unlike any other that will include all-new announcements and other galactic reveals!

Join Star Wars authors and book editors for an in-depth conversation about three of the most anticipated Star Wars stories coming in 2022: “Brotherhood,” “Shadow of the Sith” and “The Princess and the Scoundrel.” From the prequels to the original trilogy to the sequel era, there are Star Wars books from Lucasfilm and Del Rey for everyone. This panel is not one to be missed! Moderated by Del Rey senior editor Tom Hoeler.