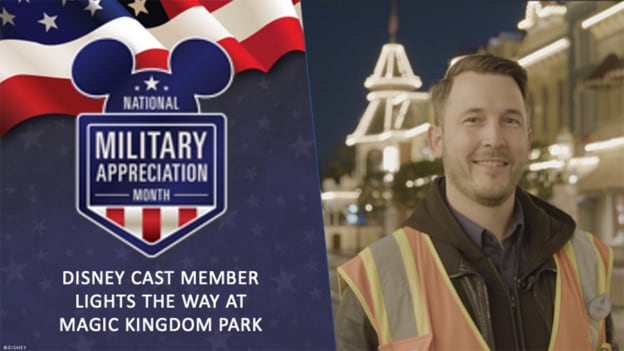 Have you ever admired the gleam of Rapunzel’s lanterns or the shining, shimmering, splendid lamps and light bulbs glowing throughout Main Street, U.S.A. each night at Magic Kingdom Park? These landmarks may light up like magic at sunset, but they’re actually the work of “third shift” cast members that start their day when most guests are ending theirs – led by engineering services manager and Western Governors University graduate Joseph Swanson.

Prior to his time at Disney, Joseph served two deployments in the United States Navy as a Nuclear Power Electricians Mate – and it was his time in the service that gave him his love for engineering. Now, Joseph leads a team of engineers as they light nearly all of Magic Kingdom Park – including Cinderella Castle – each and every night for our guests.

Take a look at Joseph’s story below, and make sure to stay tuned to the Disney Parks Blog for more this Military Appreciation Month.