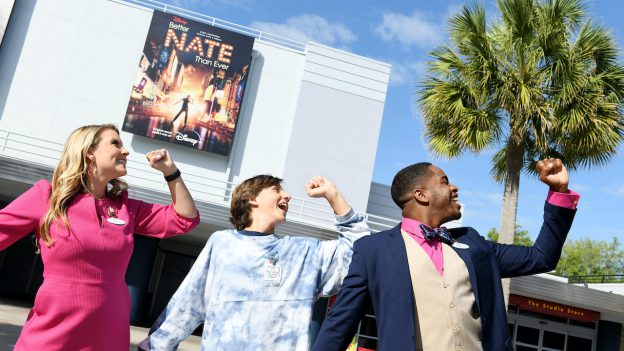 From Stage to Screen: A Conversation with Disney+ Star Rueby Wood

Growing up as theater kids, you can only imagine our excitement around one of the newest films on Disney+, “Better Nate Than Ever.” As former Disney Live Entertainment cast members, Nate’s story resonated with us and our journeys to making our dreams come true at The Most Magical Place on Earth!

We recently sat down with one of the film’s stars – Rueby Wood who plays Nate Foster in the film. We talked all about the film and his experience in performing, as well as the amazing entertainment around Walt Disney World Resort and our incredible cast members. Check it out!

We quickly realized that Rueby’s passion for fulfilling his dream was very similar to many of our cast members who dreamed of being part of the magic of Disney Parks long before their first day “onstage.” As Walt Disney World Ambassadors during The World’s Most Magical Celebration, we have the great honor of sharing cast member stories with our community in hopes of inspiring the next generation to pursue their dreams and achieve their goals while being authentically themselves, much like Nate in the film.

Our conversation was especially exciting as we’ve recently welcomed back some of our most beloved entertainment offerings. With more shows and experiences like “Hoop Dee Doo Musical Revue” and the reimagined “Finding Nemo: The Big Blue…and Beyond!” returning this summer, guests can experience the magic of Disney Live Entertainment firsthand during the 50th Anniversary celebration.

Stay tuned to the Disney Parks Blog and follow #DisneyWorld50 to be in the know on everything coming to the Walt Disney World Resort. Be sure to follow us @WDW.Ambassador for more #DisneyCastLife stories, and don’t forget to check out “Better Nate Than Ever” now streaming on Disney+.