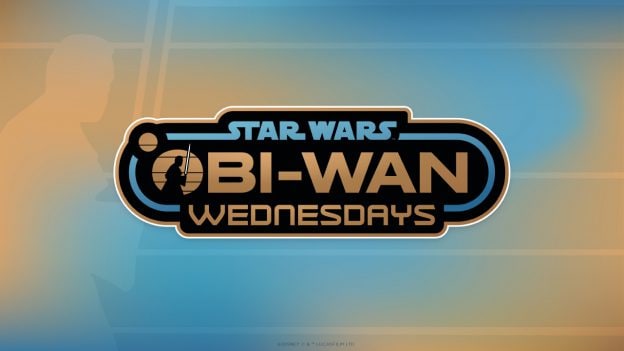 In anticipation of the “Obi-Wan Kenobi” limited series coming to Disney+ later this month, Lucasfilm is excited to announce Obi-Wan Wednesdays – a weekly reveal program bringing fans products inspired by the new show.

Beginning on May 25, before the show’s double-episode series premiere, and running through June 29, “Obi-Wan Wednesdays” will help fans discover new show-inspired toys, apparel, action figures, accessories, books, comics, and so much more, each week highlighting items revealed in the limited series — bringing fans and collectors alike the latest and greatest products tied to characters and storylines.

You won’t have to travel to a galaxy far, far away to get a hold of these new offerings. Multiple items from favored brands like Hasbro, the LEGO Group, Mattel, Funko, and more are set to reveal each week, some with an option to pre-order and all available starting this summer.

This morning, to help us prepare for the big premiere (and to celebrate May the 4th!), Hasbro revealed two new “Obi-Wan Kenobi”-inspired products.

The Star Wars The Black Series FX Elite LIGHTSABER collectible toy is the most realistic Force FX LIGHTSABER yet, inspired by its appearance in the limited series. Fans and collectors can use the switch and button on the metal hilt to activate entertainment-inspired sound effects, progressive ignition, battle clash effect, duel effect, and battle sequence mode. When it’s not in use, the lightsaber can be displayed on its included stand — with or without the removable blade.

For those who wish to take a walk on the dark side, Hasbro also revealed its new Star Wars The Black Series Darth Vader – Premium Electronic Helmet. The helmet features premium deco, realistic detail, and a design inspired by the “Obi-Wan Kenobi” limited series streaming only on Disney+.

For more details about these products and “Obi-Wan Wednesdays,” visit StarWars.com.