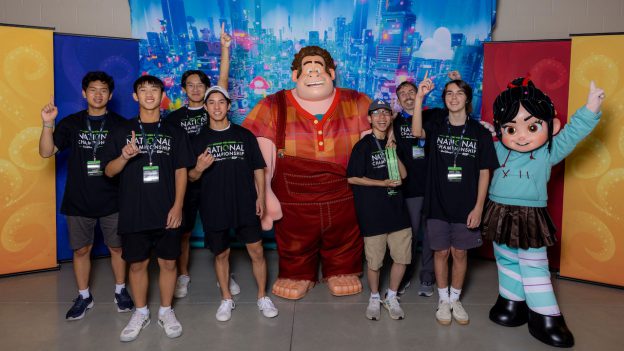 ESPN Wide World of Sports Complex here at Walt Disney World Resort has hosted all sorts of sports events over the years, from traditional sports such as football and baseball to some not-so-traditional ones such as paintball and dart tag.

But never before had the sports complex staged an event like it did this past weekend when 77 top high school esports teams from across the United States competed in the 2022 Walt Disney World EGF (Electronic Gaming Federation) High School National Championships.

These teenage competitors battled it out in three different games – Super Smash Bros, Rocket League and Overwatch. Each team of esports aficionados had to advance through a variety of competitions throughout the school year to qualify for the national championships.

Afterward, the champions were transported to the virtual world of Disney’s “Wreck-It Ralph” as they got a chance to meet and take photos with the most iconic characters in Disney’s video game world, Wreck-It Ralph and Vanellope von Schweetz.

The winning teams will long be remembered as the champions of the first in-person EGF High School National Championships after the previous two championships were staged virtually due to the pandemic. Look for more cool sports events coming to ESPN Wide World of Sports Complex as it continues to expand its portfolio of sports offerings for professionals, elite youths and recreational athletes.