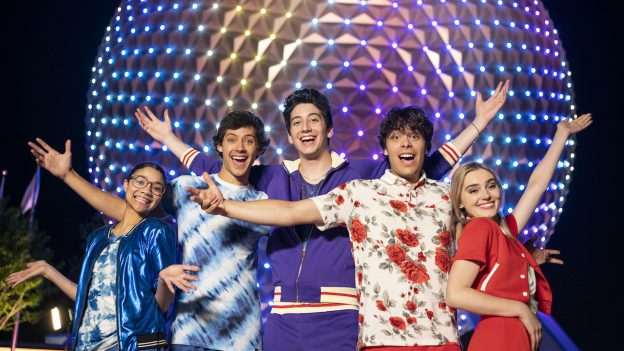 Tune-In Sunday for an Incredible Summer Magic Quest at EPCOT

Get ready for the biggest adventure of the summer! This Sunday, watch as Disney Channel’s “ZOMBIES 3” stars compete in an incredible race throughout the neighborhoods of EPCOT in a way that’s never been done before, all during The World’s Most Magical Celebration – the 50th Anniversary of Walt Disney World Resort. Hosted by the amazing Yvette Nicole Brown, the two teams go head-to-head in challenges at Remy’s Ratatouille Adventure in the France pavilion, at the all-new Guardians of the Galaxy: Cosmic Rewind attraction in the Wonders of Xandar pavilion, and around Spaceship Earth. Whichever team finishes the quest first will ignite the new nighttime spectacular, Harmonious, and win the first-ever “Disney Summer Magic Quest”!

During the show, the “ZOMBIES 3” stars are part of an exclusive, after-hours adventure, all alone in EPCOT, where the impossible becomes possible … and on this quest, anything is possible! Go behind the scenes with the cast of “ZOMBIES 3” – Meg Donnelly, Pearce Joza, Kylee Russell, Matt Cornett, and Milo Manheim – as they give you an inside look at the making of “Disney Summer Magic Quest” and what it’s like to compete in EPCOT at Walt Disney World Resort overnight with no guests around. Check it out!

This is a quest unlike any other! It all takes place during The World’s Most Magical Celebration – the 50th Anniversary of Walt Disney World Resort and you won’t want to miss it. Tune in this Sunday, June 26 at 7 p.m. to watch “Disney Summer Magic Quest” premiere on Disney Channel, and then catch it again when it debuts on Disney+ later this summer.

Who do you think will win?