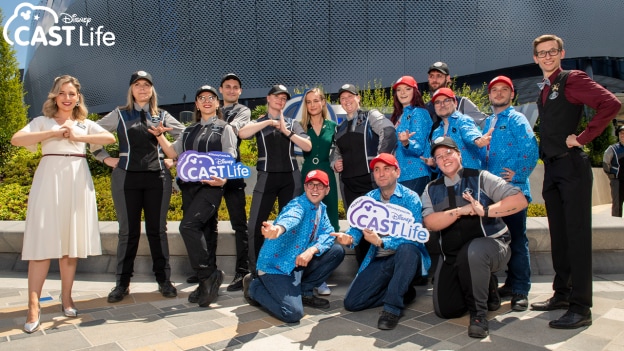 This past weekend, as Avengers Campus Paris was prepping for the exclusive premiere event, some of the Personnel were in for a surprise of epic proportions!

For a unique Disney Cast Life moment, selected Avengers Campus personnel were invited to take part in Marvel trivia. Little did they know that it was just the tip of the iceberg!

But the trivia took an epic turn when they had to answer the question: “Which Academy Award winning actress plays the role of Carol Danvers in Captain Marvel?”

The confirmation of the correct answer came directly from Brie Larson herself! To the surprise of the team, the actress insisted on coming and congratulating the Avengers Campus personnel for this exciting opening. And to capture the moment, Brie Larson invited teams to strike a heroic pose in front of the Avengers Assemble: Flight Force attraction, in which she reprised her Captain Marvel role.

For more #DisneyCastLife stories, including updates on Avengers Campus at Disneyland Paris, check the Cast Life Blog every day and follow the Disney Ambassador teams on Instagram.