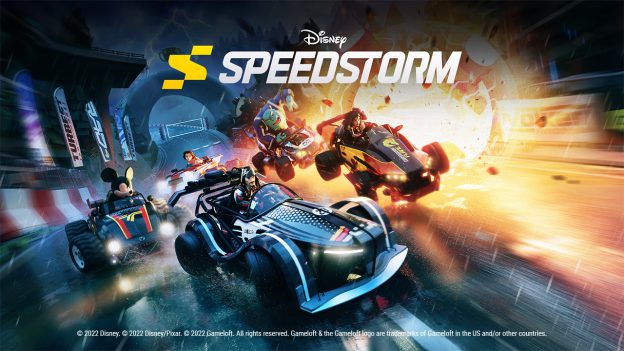 Racers, we kindly ask that you make sure your seatbelts are fastened, keep your arms and legs inside your kart, and hold on tight! At D23 Expo, Gameloft – in collaboration with Disney and Pixar Games – announced the high-velocity combat racing game Disney Speedstorm is coming soon!

Drift into the ultimate hero-based combat racing game, set on high-speed circuits inspired by Disney and Pixar worlds. Choose from an incredible lineup of high-speed drivers and master each character’s unique skills on the racetrack and claim victory in this thrilling arcade racing experience. Customize your favorite racer’s suit, flashy kart livery, and show off stylish wheels and wings with the extensive customization features in the game! Racing together has never been easier! Speed through action-packed tracks solo, or challenge friends in local and remote multiplayer modes. You can even face off with players from around the globe to become an online legend.

The excitement doesn’t stop there! Today, you get an exclusive look at the very first season update for Disney Speedstorm! Mike Wazowski, Celia Mae, and the very first villain in-game, Randall from Disney and Pixar’s “Monsters, Inc.,” join Sulley as reimagined high-speed warriors. There’s even a new track, “The Factory,” where all the bedroom doors are stored! More Disney and Pixar racers will be added regularly, bringing new special skills for you to master (or overcome), and unique tracks to pump fresh strategy into the mix.

Get those driving gloves ready as Disney Speedstorm will be fully available as a free-to-play title with in-app purchases for Nintendo Switch™, PlayStation®5, PlayStation®4, Xbox Series X|S, and Xbox One as well as on PC through Steam, Epic Games Store, Microsoft Store! You can wishlist the game today on Steam or the Epic Games Store!