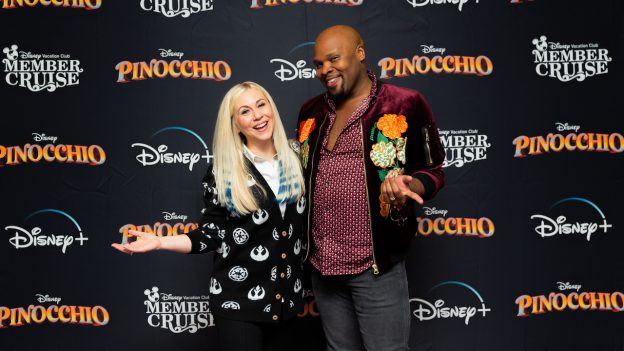 Disney Vacation Club Members Among the First to See ‘Pinocchio’

When you wish upon a star … you might just get to see the new film “Pinocchio” now streaming on Disney+!

After the film, Michael James Scott (the Genie in “Aladdin on Broadway”) and Ashley Eckstein (the voice of Ahsoka Tano) interviewed members to hear what they thought of the film. Check out their reactions!

Academy Award winner Robert Zemeckis directs this live action and CGI retelling of the beloved tale of a wooden puppet who embarks on a thrilling adventure to become a real boy. Tom Hanks stars as Geppetto, the woodcarver who builds and treats Pinocchio (Benjamin Evan Ainsworth) as if he were his real son. Joseph Gordon-Levitt is Jiminy Cricket, who serves as Pinocchio’s guide as well as his “conscience”; Academy Award nominee Cynthia Erivo is the Blue Fairy; Keegan-Michael Key is “Honest” John; Academy Award nominee Lorraine Bracco is Sofia the Seagull, a new character, and Luke Evans is The Coachman.

“Pinocchio” is now streaming only on Disney+!