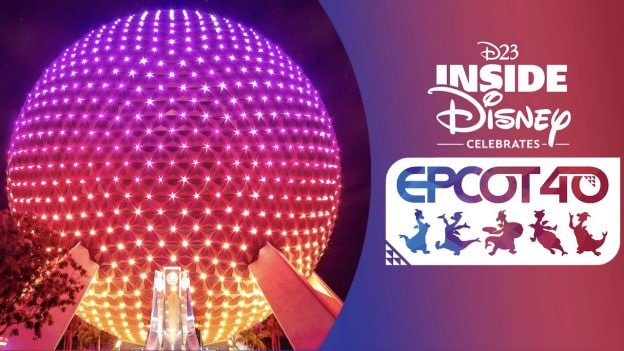 To commemorate the 40th anniversary of EPCOT at Walt Disney World Resort, D23 “The Official Disney Fan Club” brought its celebrated podcast – D23 Inside Disney – to Florida to party with all things EPCOT.

D23 Inside Disney Celebrates EPCOT 40 is streaming now at D23.com!

D23 Inside Disney is the official podcast of D23, “The Official Disney Fan Club.”  You can get the inside scoop on all the latest Disney news with hosts Jeffrey R. Epstein from D23, Sheri Henry from Oh My Disney, and Nzinga Blake from ABC’s “On The Red Carpet,” and hear from the talented people who are making it all happen. From the fascinating talents in front of the camera to the creative minds behind the scenes, they’ll take you Inside Disney.

To see more podcasts, check out D23.com and the podcast page, d23.com/inside-disney-podcast/.