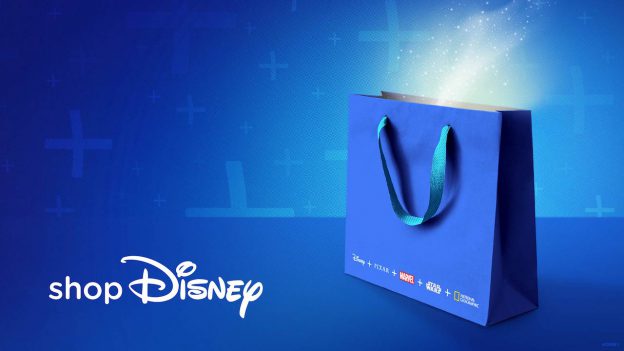 You already know that a Disney+ subscription gets you access to amazing entertainment from Disney, Pixar, Marvel, Star Wars, and National Geographic, but there’s a new subscriber perk available for a limited time. Just in time for the holidays, starting November 1st, Disney+ is teaming up with shopDisney for a limited test experience to offer US Disney+ subscribers special access to select merchandise from some of their titles on shopDisney.

Subscribers will receive early access to select merchandise from Star Wars, Marvel Studios’ “Doctor Strange in the Multiverse of Madness,” and Marvel Studios’ “Black Panther” through November 7th and exclusive access to select new apparel designs from Disney’s “Frozen 2” and Disney and Pixar’s “Lightyear.” Check out the details on these collections below and on shopDisney.

For fans of the Force, shopDisney has early access products for every side of a Star Wars enthusiast who subscribes to Disney+. You might be drawn to the Dark Saber, or perhaps you are more interested in replicas of the lightsaber hilts wielded by Obi-Wan Kenobi and Anakin Skywalker, available together in a unique collector’s box. Disney+ subscribers will also have early access to limited quantities of the previously released collector’s box containing Ahsoka Tano’s lightsaber hilts and the incredible special edition Ahsoka doll that debuted at D23 Expo, both autographed by Ashley Eckstein (voice of Ahsoka in “Star Wars: The Clone Wars” and “Star Wars Rebels”).

Do you find yourself in a Multiverse of Madness? Don a Doctor Strange cloak or take up the Captain Carter Shield that debuted at D23 Expo, now available via early access for Disney+ subscribers. The Scarlet Witch ear headband will be back by popular demand. For more details, visit shopDisney.

Did you see the T’Challa Replica Mask at D23 Expo? Disney+ subscribers have early access to order the mask through November 7th. Also available through early access are a jacket and puzzle designed by Natasha Burton as part of the Black Panther Artist Series.

In order to take advantage of this great limited-time Disney+ subscriber perk, be sure to log into shopDisney.com with the same email address you use for Disney+. Special access offers are only available for US Disney+ subscribers.

Not a subscriber yet? It’s not too late to gain access to the best of Disney, Pixar, Star Wars, Marvel, and National Geographic entertainment. Go to DisneyPlus.com to learn more. The early access period for Disney+ subscribers for these items is November 1-7, 2022, while supplies last.