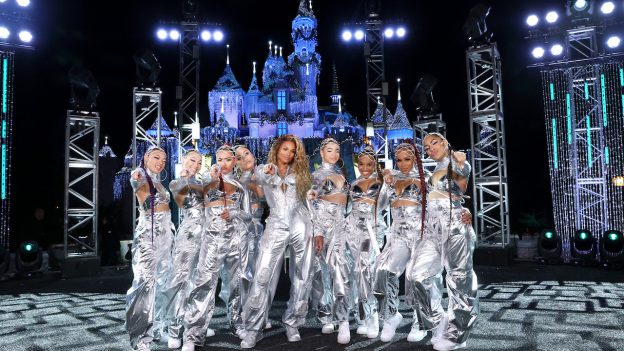 “Dick Clark’s New Year’s Rockin’ Eve with Ryan Seacrest 2023” on ABC, America’s go-to New Year’s tradition, will return to Times Square and beyond to ring in the New Year airing until 2:00 a.m. ET. The show, which celebrates the year’s very best in music, sets the stage to ring in 2023 with more than five and a half hours of dynamic performances and gives viewers a look at New Year’s celebrations from around the globe. This year’s broadcast includes a special celebration from the Disneyland Resort for the first time ever, plus a sneak peek at “World of Color – ONE,” just one of two nighttime spectaculars and more special offerings debuting at Disneyland Resort on January 27 in celebration of the Walt Disney Company’s 100th Anniversary.

Veteran hostess and award-winning multi-platinum-selling artist Ciara will oversee festivities at the Happiest Place on Earth, Disneyland, which will become this year’s inaugural host destination and home to an additional “Rockin’ Eve” celebration. The Disneyland segments are pre-taped prior to the New Year’s holiday. Stars taking the stage to perform at the Disneyland Resort include Ciara, Fitz & The Tantrums, Maddie & Tae, Shaggy, Ben Platt, Aly & AJ, Halle Bailey, TOMORROW X TOGETHER, Bailey Zimmerman and Lauren Spencer Smith.

Eighteen-time host and executive producer Ryan Seacrest will once again head to Times Square to lead the festivities alongside actress and producer Liza Koshy, who will return as co-host alongside Seacrest. Country artist Jessie James Decker will also join the duo in Times Square as the Powerball co-host for her fourth consecutive year.

“Dick Clark’s New Year’s Rockin’ Eve with Ryan Seacrest 2023” will return to Puerto Rico for the show’s second Spanish language countdown. Multi Platinum-selling Puerto Rican singer and rapper Farruko will be in attendance to give a spectacular hometown performance.

Returning for his fourth year, Emmy, GRAMMY, and Tony Award winner Billy Porter will co-host and perform from New Orleans, where he will head up the Central Time Zone countdown.

After serving as the official L.A. Party DJ at last year’s show, iconic DJ, producer/rapper and philanthropist D–Nice will return as this year’s L.A. co-host.

Performances at the L.A. Party include Wiz Khalifa, FINNEAS, Armani White, Betty Who, Dove Cameron and Nicky Youre.