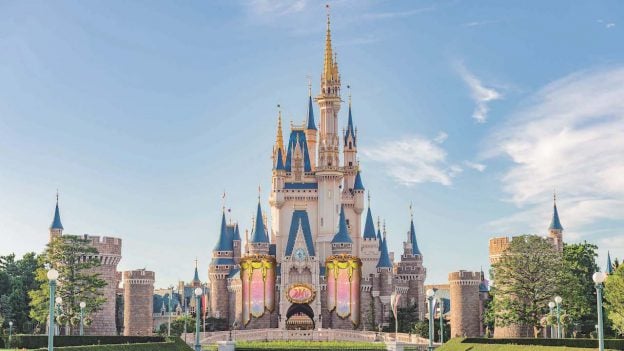 You’ll feel the festive spirit upon first stepping into Tokyo Disneyland and Tokyo DisneySea, as each park entrance is enhanced with colorful layers of “Dream Garlands.” A fitting number “40” will embellish Cinderella Castle, which has welcomed guests since the park’s opening on April 15, 1983.

A host of all-new entertainment is taking center stage, including “Disney Harmony in Color,” the first new daytime parade in five years at Tokyo Disneyland. Showcasing themes of adventure, courage, family bonds, and friendship from Walt Disney Animation Studios and Pixar Animation Studios films, the parade will open with Tinker Bell atop a rainbow-colored float adorned with beautiful petals. Not only will the magnificent floats be filled with familiar friends of Tokyo Disney Resort, new ones are joining too  — including Vanellope and Ralph from “Wreck-It Ralph,” Wasabi, Fred, Honey Lemon and Go Go from “Big Hero 6,” and more!

Over in Tomorrowland at Showbase, a special 40th anniversary version of “Club Mouse Beat” will debut with Mickey Mouse and his friends showcasing their best moves set to varying musical styles such as hip-hop, Latin, and pop. To close out the show, in its grand finale, they’re sporting their 40th-themed outfits to the 40th anniversary theme song.

You’ll also have the chance to bring the fun home with all-new, exclusive merchandise! From dream-filled items sprinkled with Tinker Bell’s pixie dust to stylish pieces featuring the iconic Cinderella Castle and the opportunity to choose your very own “Dream Garland,” similar to those found around the resort during the celebration. Duffy and Friends are joining the party too with soon-to-be-revealed special merchandise.