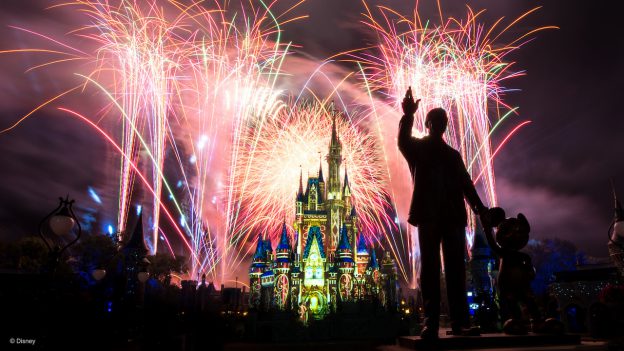 Happy 2023! A new year means fresh memories waiting to be made at Walt Disney World Resort, and one of the best moments for many of us is watching fireworks pop above the skies to wrap up a perfect Disney day.

Well, I hope you’re “Ready to begin…” because fan-favorite nighttime spectacular “Happily Ever After” returns to Magic Kingdom Park on April 3, featuring all-new projections down Main Street, U.S.A. “Disney Enchantment” will be offered through April 2. Whether it’s your first time, or the park is your home away from home, get ready to reach out and find your happily ever after with us at Cinderella Castle soon.

And as we shared at D23 Expo in September, an all-new nighttime spectacular is planned to debut at EPCOT later this year. Before the new show launches, we will bring back “EPCOT Forever” as an interim show over the skies of World Showcase Lagoon starting April 3. Similar to how it appeared in 2021, “EPCOT Forever” is the perfect offering while our Entertainment team preps the Lagoon, including a phased removal of fireworks platforms following the final “Harmonious” performance on April 2. A limited-time spectacle of lasers, lighting, special effects, and fireworks, “EPCOT Forever” returns with a collection of songs that offer both a trip down memory lane and a look toward the future.

Stay tuned to the Disney Parks Blog for the latest news from Walt Disney World Resort, including much-anticipated details about EPCOT’s all-new nighttime spectacular planned to debut later this year.