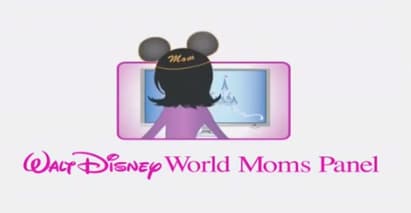 Angie Gregg; Hummelstown, Pa. (Team Sports Mom) – Busy mom to two soccer-loving princesses and wife of a professional soccer coach, it’s no surprise that team sports are a big deal in the Gregg household! When she’s not attending a game or working as a medical coder, Angie loves to exercise and participate in races.

Audra Anders; Dunwoody, Ga. (Team Sports Mom) – From the gridiron to the pitcher’s mound, Audra loves to take on the role of team mom for her two athletic sons. The Anders family has made major-league memories at the ESPN Wide World of Sports Complex, and Audra looks forward to helping others do the same!

Courtney Bautista; Fresno, Calif. (Disneyland Resort) – As a Southern California native, Courtney “grew up Disney,” making frequent visits to Disneyland Resort. Now as a parent, she looks to share the Disney lifestyle with her son and husband; as a family, they love to participate in pin trading and experience all the fabulous food options Disney has to offer.

Derek Hoffman; Washington, D.C. (Walt Disney World Resort) – Tax consultant by day and magic-maker by night, this Disney dad loves helping others plan memory-filled vacations. A self proclaimed “Waltophile,” Derek honeymooned at the place where dreams come true and has taken semi-annual trips to his “happy place” ever since.

Jackie Gailey; Savannah, Ga. (Walt Disney World Resort) – A perpetual spreader of pixie dust, Jackie incorporates Disney into all aspects of her life, and that of her husband, son and daughter. Her Disney vacation experience spans from coast to coast, and she can’t wait to share her love of the Mouse on the Moms Panel.

Jacqui Clark; Chicago, Ill. (Walt Disney World Resort) – Jacqui lives her life by the mantra “Adventure is out there!” From domestic Disney resorts to Disneyland Paris and the decks of Disney Cruise Line, the Clark family has experienced memories and milestones a plenty with Disney. When she’s not planning vacations, Jacqui works as a substitute teacher and volunteers in her community.

Kari Krueger; College Station, Texas (Disney Vacation Club) – The words “Welcome Home!” are dear to the Krueger family. Kari and her husband became Disney Vacation Club members before the birth of their two children, taking annual vacations around the world all on their points. By day, Kari is the executive director of a non-profit, helping people with autism and other disabilities lead independent lives.

Kimberly Lucci; Bridgewater, N.J. (Walt Disney World Resort) – A college professor turned stay-at-home mom, Kimberly shares her love of the Mouse with her husband and daughter. She can often be found sharing her personal park-planning tips on vegetarian eating and traveling with disabilities at Disney.

Kristen deHaan; Puebla, Mexico (Adventures by Disney/Aulani, A Disney Resort & Spa) – Originally hailing from Ontario, Canada, Kristen lives an international life with her husband and three children. Between multiple Disney Cruise Line sailings, half a dozen Adventures by Disney departures and countless Disney Vacation Club excursions, Kristen is a pro at traveling the globe with Disney.

Mandy Milhoan; Greenville, S.C. (Walt Disney World Resort) – As the mother of five, Mandy knows the importance of vacationing on a budget. Whether it’s a romantic getaway for two, a girls weekend or full-out family vacation, Mandy uses her “bloodhound’s nose for bargains” to experience Disney as often as possible.

Marcy Galloway; Cincinnati, Ohio (Disney Cruise Line) – From first sight of the life-sized pirate schooner in their backyard, you can tell the Galloway family is up for an ocean adventure! Marcy takes the helm of her home ship, leading her husband and two children on magical Disney Cruise Line vacations.

Miguel Olmo-Rodríguez; Guaynabo, Puerto Rico (Spanish-language) – An environmental planning consultant by trade, Miguel is an avid researcher and meticulous planner – skills he uses to create unforgettable Disney vacations for his family. He is thrilled to be the first bilingual dad to answer questions in Spanish on the panel.

Mona Leigh Guha; Columbia, Md. (Disney Vacation Club) – Her Ph.D. might be in Human Development, but most friends refer to Mona Leigh as “Dr. Disney.” When she’s not conducting research for the University of Maryland, Mona Leigh can be found planning Disney Vacation Club getaways for her husband and daughter.

Raquel Cummings; Cedar Hill, Texas (Walt Disney World Resort) – Special touches are a hallmark of every Cummings family Disney vacation. Whether they are sailing with Disney Cruise Line or enjoying Disney Parks with Disney Vacation Club points, Raquel knows that it’s the little touches and lesser-known experiences that can make for big magic.

Sherri Cuda; Crete, Ill. (Walt Disney World Resort) – Traveling with dietary restrictions? This Midwestern mom of two and property manager is your gal! She’s done Disney in every way – as a prior cast member, from solo trips to Grand Gatherings – sampling more than 70 dining options along the way.

Stephanie Gibbon; Brantford, Ontario (Walt Disney World Resort) – You can’t top this Canuck on traveling to Disney! When she’s not busy teaching third grade or spending quality time with her family, Stephanie loves giving advice on the best ways to cross the border and make magical memories at Disney. Parlez-vous français? She shares tips in French too!

Yael Londoño; Dania Beach, Fla. (Spanish-language) – Yael is her name and pin trading is her game! This mom of three has visited Walt Disney World Resort more than 100 times, with the goal of collecting a pin at each on-property resort. In Yael’s opinion, you are never too young to experience Disney – her daughter’s visit was at just 17 days old!

Don’t Be Late for Fall Favorites at Disneyland Resort

It’s officially October, the time of year when the days fall easily to shadows, and fall favorites are celebrated at the Disneyland Resort! If you’re thinking of a visit to share in the family-friendly fun of the season, there’s no time to wait! You can still experience all the thrills of Halloween Time now through […]