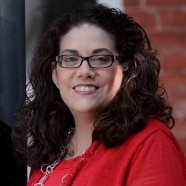 My Disney career began in 1997 on the Disney College Program at Disney’s Hollywood Studios where I led tour groups through the production soundstages, giving guests a behind-the-scenes look at how movies were made. It was an incredible experience for a girl who grew up in a small town in Kansas, who never had the opportunity to visit a Disney Park as a child. But, just like Walt Disney once said, “All our dreams can come true, if we have the courage to pursue them.” And, so I did! Fast forward to today, and I’m honored to still be here telling engaging stories as a Public Relations Manager. Before my current role, I have worked on the Disney Institute and Disney Meetings & Events teams, and I have also been involved in the production of many national TV shows, such as the Disney Parks Christmas Day Parade.