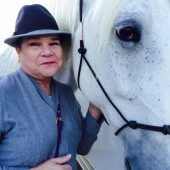 Tips for the Perfect Day for Young Adults at Disneyland Resort

Tips for the Perfect Day with Young Families at Disneyland Resort