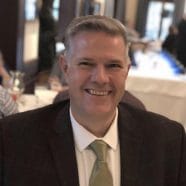 JEFF KURTTI is a leading authority on The Walt Disney Company, its founder, and its history. He is the author of more than twenty books, a writer-director of award-winning documentary content, and a respected public speaker. A Seattle, Washington, native, Kurtti worked as a production coordinator on the 1984 Los Angeles Olympic Arts Festival, followed by two years as the assistant to the president of the California Institute of the Arts. For several years, he worked for Walt Disney Imagineering, the theme park design division of The Walt Disney Company, and then for the Corporate Special Projects department of Disney. Since 1995, Kurtti has enjoyed a career as an author, writer, and consultant in the motion picture, theatre, and theme park entertainment industries. He was creative director, content consultant, and media producer for The Walt Disney Family Museum in San Francisco and a producer of The Boys: The Sherman Brothers Story, a critically acclaimed documentary about the famed songwriters.

How Does the Show Go On? Disney on Broadway Takes Center Stage

Share How Does the Show Go On? Disney on Broadway Takes Center Stage

Disney Romance: Mickey and Minnie and Walt and Lilly

Share Disney Romance: Mickey and Minnie and Walt and Lilly

Everything’s Coming Up Disney: New Year’s and the Rose Parade

Ub Iwerks: From Mickey Mouse to the Magic Kingdom

Share Ub Iwerks: From Mickey Mouse to the Magic Kingdom

Happy Haunts and Grinning Ghosts: Halloween at the Disney Parks

A Thrill Wind in Florida: Thirty Years of Liquid Entertainment at Typhoon Lagoon