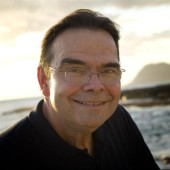 A longtime publicist for the Disneyland Resort, I currently blog about events at Downtown Disney, Anaheim. As a member of the opening team for Aulani, a Disney Resort & Spa, I blogged about the project while it was under construction, during its Grand Opening and in the early months of its operation.

I began my Disneyland Resort career in 1987 and have done publicity for all new attractions since then, beginning with the original Star Tours. My favorite Disneyland Resort memories are from my early years, when the Public Relations Department was the upstairs neighbor to Abraham Lincoln on Main Street, U.S.A., and we could hear the excited cries of kids when they arrived in Town Square and first spotted Mickey Mouse.

Catch the Cupcake Wave! Sprinkles Arrives in Downtown Disney District at the Disneyland Resort in November

Hold on to Your Hats! Chapel Hats Brings More Shopping Fun to Downtown Disney District at the Disneyland Resort

Share Hold on to Your Hats! Chapel Hats Brings More Shopping Fun to Downtown Disney District at the Disneyland Resort

Romance is in the Air at Downtown Disney District as Valentine’s Weekend Brings Special Menus, Gift Ideas and Entertainment