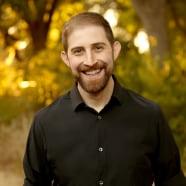 Josh Gorin is the creative development executive for Blue Sky and Creative Strategy at Walt Disney Imagineering. In this role, Josh oversees the front-end development process and early-phase creative exploration for new Disney theme park experiences around the world.

Josh joined Imagineering in 2004 as an intern in the WDI Research & Development group, where he helped develop new technologies, techniques and tools for bringing Disney theme park magic to life. Josh has since brought his unique blend of creative and technical expertise to dozens of Disney projects, including new magic for classic attractions, Shanghai Disneyland, and the Play Disney Parks location-based mobile gaming app. Prior to his current role, Josh led the Advanced Creative Development group for WDI R&D, managing a diverse team of artists and engineers to creatively apply emerging technologies to Disney entertainment experiences.

Josh is a graduate of the University of Pennsylvania, with a major in Cinema Studies and minors in Fine Arts & Design and Computer Science Engineering. Prior to Disney, Josh worked in a variety of roles developing content for film, television, digital platforms and interactive exhibitions.