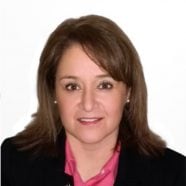 For Ruth Ruiz, growing up in Southern California meant Disneyland Resort was in her “backyard.” From childhood, visits involved roaming the parks and spending her allowance on souvenirs and Frontierland’s giant dill pickles, to later refining her palette to Main Street Red Cart Corndogs (if you’ve had one of these magical snacks, you know!).

Starting in college, she pursued a career in professional sports publicity and had the privilege to lead incredible campaigns. Later she served as a spokesperson in local government, where the best part of her job was the view from her office window - Disneyland Resort and evening fireworks. That and experiencing the Cars Land opening!

The day she joined The Walt Disney Company was a lifelong dream come true, and as Public Relations Manager for Adventures by Disney and National Geographic Expeditions, she is proud to bring stories to life and life to stories about the people and places in this beautiful world.

Adventures by Disney and National Geographic Expeditions Invites You to Take a Hike!

Share Adventures by Disney and National Geographic Expeditions Invites You to Take a Hike!

New in 2024: Set Sail on the Adriatic Sea with Adventures by Disney

Share New in 2024: Set Sail on the Adriatic Sea with Adventures by Disney