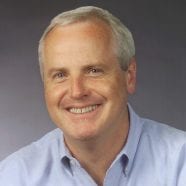 As a creative executive of Walt Disney Imagineering, Tom Fitzgerald is responsible for the Creative direction of two portfolios: Disneyland Paris in Marne-La-Vallée, France, and EPCOT at Walt Disney World Resort in Florida. Throughout his more than forty years with Imagineering, Tom has overseen the creation of hundreds of film and media projects for Disney Parks around the world, and provided direction for such attractions as Star Tours – The Adventures Continue, Soarin’ Around the World, Remy’s Ratatouille Adventure, and most recently Guardians of the Galaxy: Cosmic Rewind.

May the Fourth Be With You!

Share May the Fourth Be With You!
Fri, April 1, 2011 Walt Disney World Resort

Star Tours: Where in the Galaxy Are We Going?

Share Star Tours: Where in the Galaxy Are We Going?
Tue, March 29, 2011 Walt Disney World Resort

The ‘Stars’ of Star Tours