Did you miss it? Davy Crockett’s Window in Frontierland

Have you seen the window in Frontierland dedicated to Fess Parker, the man known to millions of baby-boomers as legendary frontiersman Davy Crockett?

Five years ago this week, Fess Parker received the highest honor Disneyland Resort bestows when the park unveiled a tribute window. Parker’s salute included an entirely rethemed building facade which paid tribute to Parker’s portrayal of Davy Crockett, along with his sidekick Georgie Russel, played by the late actor Buddy Ebsen. Parker and Ebsen were featured stars at the grand opening of Disneyland on July 17, 1955.

In his role as Davy Crockett, Fess Parker helped promote and open Disneyland Park. In the photos below, you’ll see Davy Crockett walking through a yet-to-be finished Disneyland park and later with Walt Disney riding a horse on Main Street, U.S.A. 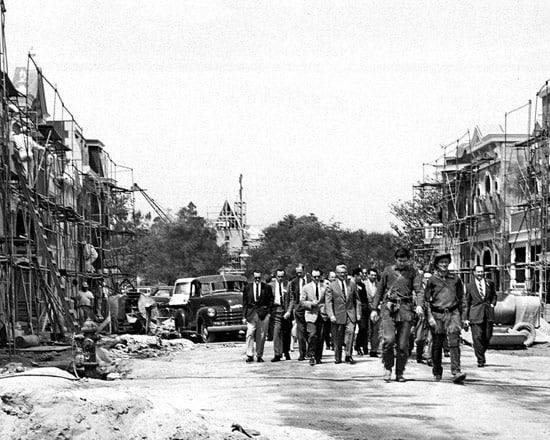 The tradition of honoring individuals with a personalized decorative window was started on Main Street by Walt Disney himself and has continued throughout Disney parks worldwide.

Likes (0)
Share Did you miss it? Davy Crockett’s Window in Frontierland

Destinations: Did you miss it? Davy Crockett’s Window in Frontierland