While Disney’s Hollywood Studios was abuzz last week with all-things-Star Tours, there also was an electric (guitar) feeling in the air along Sunset Blvd., as Aerosmith guitarist Joe Perry made a surprise visit to the roller coaster bearing his band’s famous name. 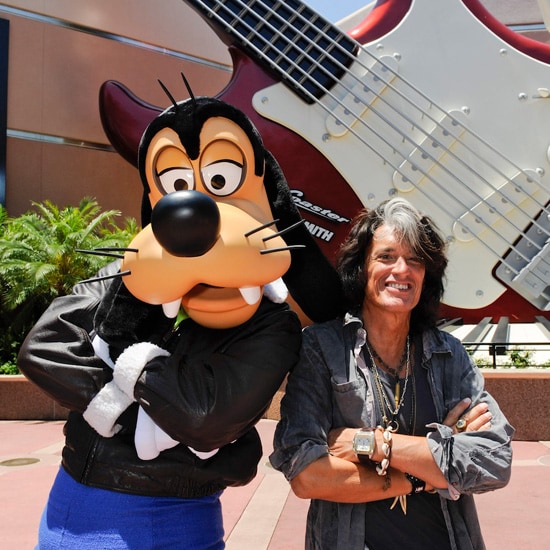 The legendary musician, who recalled riding Rock ‘n’ Roller Coaster Starring Aerosmith dozens of times with guests on its opening day in 1999, posed with Goofy in front of the four-story-tall, iconic guitar in the attraction’s courtyard. Disney Parks photographer Gene Duncan, who took pictures of Perry and the rest of Aerosmith at the grand opening ceremony in 1999, also was on hand last week to shoot this photo of Goofy and his new rock-and-roll pal. 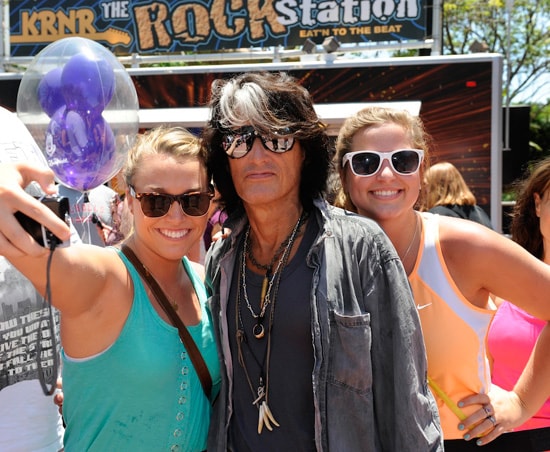 The members of Aerosmith are known for dedication to their fans (that, and for taking them on really fast, super-stretch limo rides through the L.A. hills, of course). Following a few photos with Goofy, Joe showed that dedication and made quite a few Magic Moments as he signed autographs and posed for pictures with many of the guests who had gathered in the courtyard to see the excitement. Two of those guests, Holley Whitehead and Morgan McGaugn, visiting from Mississippi, are pictured above as they capture their own souvenir photo with the legendary guitarist.