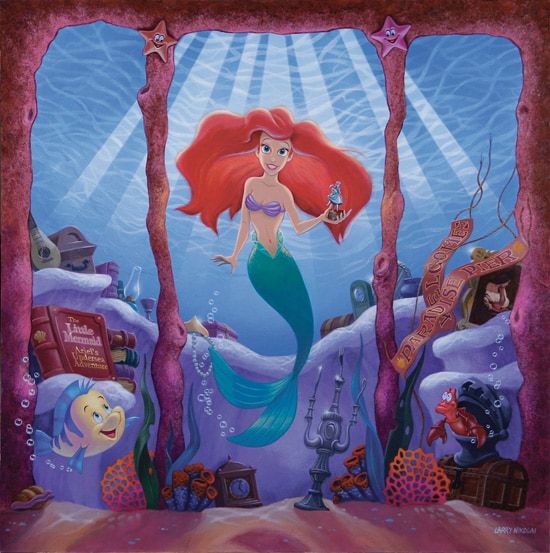 With the grand opening of The Little Mermaid~Ariel’s Undersea Adventure quickly approaching on June 3 at Disney California Adventure park at the Disneyland Resort, we wanted to take a look back at the progress Walt Disney Imagineers have made and some fun events we’ve hosted to give Guests an inside look at the attraction’s progress.

“The Little Mermaid” Animators Tour The Little Mermaid~Ariel’s Undersea Adventure Attraction at Disney California Adventure Park – In this video, we shared with readers a special moment: animators seeing their work come to life in a Disney Parks attraction.

Ursula Moves Into Her Lair at Disney California Adventure Park – Come with us behind-the-scenes as we showed you Ursula being installed, and meet some members of the amazing team of Walt Disney Imagineers who brought Ursula to “life.”