At Disney’s Animal Kingdom, our guests get to see elephants in a beautiful, naturalistic setting. This is just one of the many ways that we are inspiring conservation by connecting families with the wonders of the natural world. 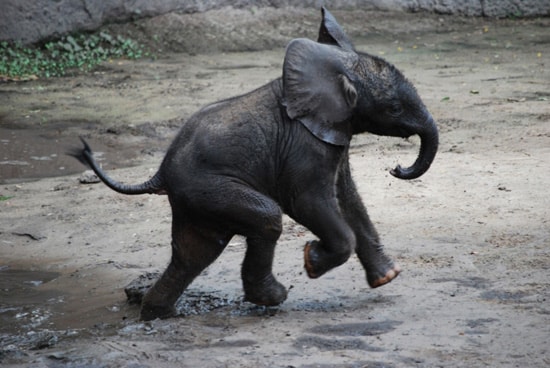 I’m pleased to report that we’ve recently achieved two elephant conservation milestones – the first milestone is the birthday of our youngest elephant calf, Luna, who was born to second-time mom, Donna, one year ago this past Friday, May 20. At her birth, which was announced here on the Disney Parks Blog, Luna weighed 288 pounds. 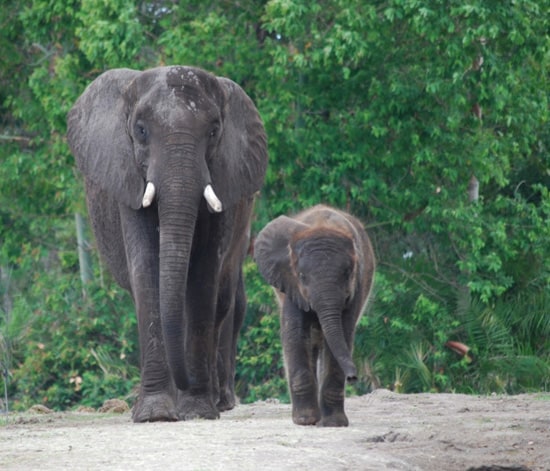 With an average weight gain of 2 pounds per day, Luna now weighs a whopping 896 pounds! Elephant team members tell us that her favorite things to do are playing with the other elephant calves – and in the mud wallow on the Kilimanjaro Safaris – and chasing the native birds that “dare” to enter her habitat.

Luna is the fifth elephant born at Disney’s Animal Kingdom. In addition to Donna’s first female calf Nadirah, Tufani, a male, was born in 2003; Kianga, a female, was born in 2004; and Tsavo, the youngest male, joined the herd in 2008. All remain on the savanna at Disney’s Animal Kingdom. These births represent a conservation milestone because the number of elephants in North American zoological facilities and wildlife centers has been dwindling and Disney’s Animal Kingdom is participating in the Association of Zoos and Aquariums’ Elephant Species Survival Plan. Research has shown that, when people see elephants and other wildlife face-to-face, they feel a strong connection and are motivated to take action to protect wildlife and nature. And having elephant babies enables our elephants to live in herds with moms, “aunties” and youngsters, as they would in the wild. 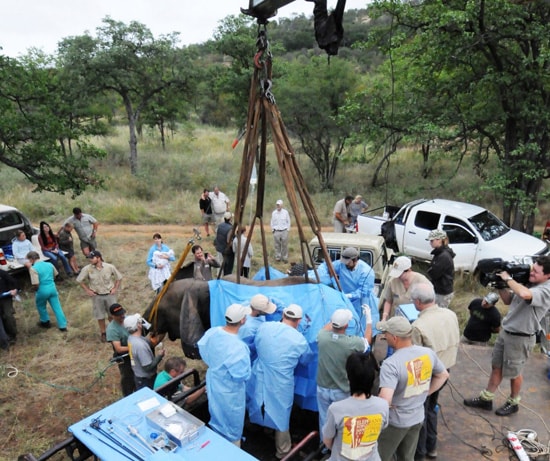 Since elephants are an endangered species, the second conservation milestone might seem confusing at first. It’s elephant population management in the wild. Because elephant habitat in Africa is shrinking, in some areas there are more elephants than the limited amount of habitat can sustain. During the past seven years, I’ve had the opportunity, with other team members, to be part of an international coalition of veterinarians, conservation groups and others traveling to Africa to perform laparoscopic vasectomies on bull elephants. The goal is to help humanely control the population as an alternative to culling. The procedure is designed to reduce the elephant birth rates in wildlife reserves, while maintaining normal social behaviors for the individual elephants. Our elephant population management program has now been utilized in two African countries and six different wildlife reserves. With no other alternatives, most of these reserves were poised to hunt these elephants without our help.

On our most recent trip, which took place earlier this month, we performed vasectomies on 14 bull elephants in the Selati Wildlife Reserve in South Africa. All the elephants recovered well from the procedure. We also taught South African veterinarians how to perform the vasectomies and they were performing the surgeries on their own by the end of the trip. The team from Disney started this important work many years ago and I’m proud to have seen its growth and success. From these efforts, the Elephant Population Management Program was formed and is now its own non-profit conservation organization. This is just one way that we are helping to conserve elephants in the wild.

Helping animals – and inspiring conservation by connecting people with the wonder of the natural world – are efforts that we all can be very proud of.