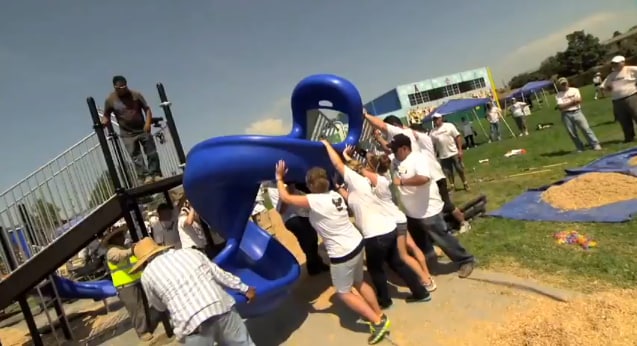 Adrian said, “I’ve lived next to this club my whole life and it makes me feel proud to be able to give back to the place that was such a big part of it.” The new playground was built in less than eight hours and will provide more than 2,000 children in Santa Ana a safe place to play.

Disney is a KaBOOM! National Partner and supports the nonprofit’s vision of a great place to play within walking distance of every child in America. The Disneyland Resort has built three playgrounds since June 2011 – two in Anaheim at Edison Park and Stoddard Park, and this one in Santa Ana. Check out the build in this video!