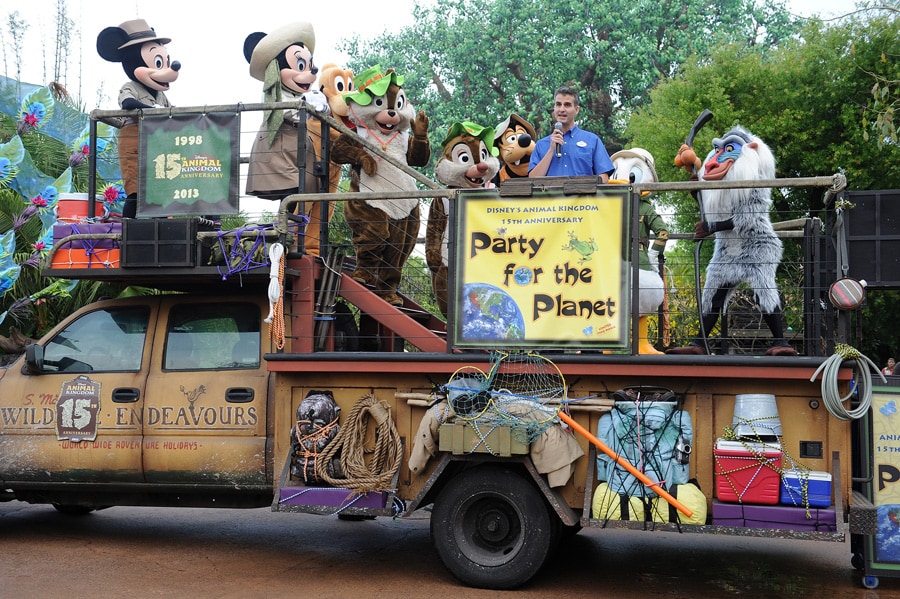 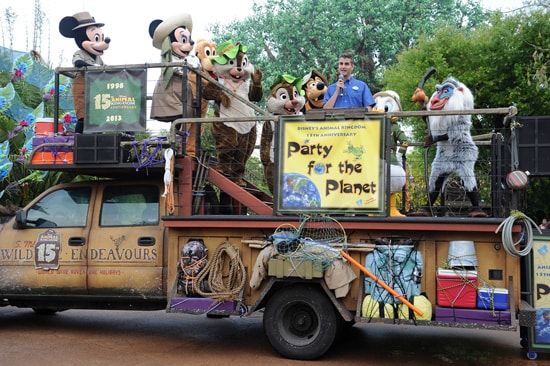 Today’s celebration featured a special opening ceremony led by Josh D’Amaro, Vice President of Disney’s Animal Kingdom, and Dr. Jackie Ogden, Vice President of Animals, Science and Environment, and was highlighted with a fun performance of “Circle of Life” from the park’s “Festival of The Lion King.” Other fun planned for the day includes special Earth Day “Party for the Planet” festivities, and unique merchandise and food & beverage offerings.

The park originally opened in 1998 to feature several lands dedicated to exploring wildlife and wild places – Africa, Discovery Island, Oasis, Camp Minnie-Mickey, Rafiki’s Planet Watch, and DinoLand, U.S.A. An additional land, Asia, was added in 1999. The park has seen many exciting additions since its debut, including TriceraTop Spin in 2001, Primeval Whirl in 2002, Expedition Everest (one of my favorites!) in 2006, “Finding Nemo – The Musical,” which grand-opened in 2007, and Wild Africa Trek in 2011.

Which Disney’s Animal Kingdom offering has been your favorite over the years? Tell us in the “Comments” section below.

To join the celebration online, use the hashtag #DAK15 on Twitter.